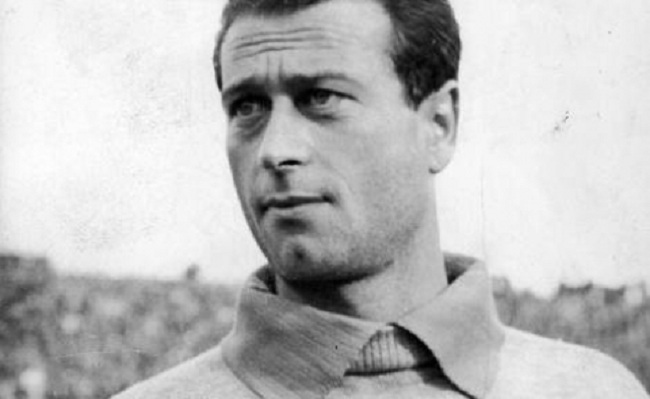 Surely, none of us have forgotten the amazing Inter team that gave us so much joy in 2010. La Triplete was something unique and for a little while Inter found themselves at the top of the Italian and the international football. We all remember people like Samuel Eto’o, Wesley Sneijder, Javier Zanetti, Diego Milito, José Mourinho or any of the other heroes who gave us so much joy and pride. But how many of us remember and know about people like Sandro Mazzola, Luis Suárez, Giacinto Facchetti, Mario Corso, Helenio Herrera and the other heroes known as La Grande Inter? Since many of us were not born at the time, it is natural that we do not have any personal memories of this great team but that does not mean that we can not know how Inter in the 1960′s dominated world football. During the upcoming weeks I will be presenting the people who contributed to so many wins and who wrote so many pages in Inter’s history, people who, together were called La Grande Inter.

In this part of the series covering La Grande Inter, I present a player who in fact did not play most of his career with Inter, but he did strengthen an already strong team and gave them security in goal: Giuliano Sarti, the goalkeeper.

Giuliano Sarti was born October 2, 1933 in Castello d’Argile near Bologna. After several years of having been the starting goalkeeper for Centese and Bondeno, two teams that played in the Promozione Regionale, Fiorentina picked up the young goalie and gave him his debut in Serie A during the 1954/55 season, in a game against Napoli. The following season he replaced Leonardo Costagliola, who had been the team’s first goalkeeper for seven years. Sarti was only 22 years old at the time, but with him between the goalposts Fiorentina won their first Scudetto and did so in a season when the team lost only one game, the last one against Genoa who made a comeback in the final minutes. Thanks to the Scudetto, Fiorentina qualified for the European Cup in 1956/57 and became the first Italian team ever to make it to the final. There, however, they lost to Real Madrid. During four consecutive seasons Fiorentina finished second in Serie A and won the Coppa Italia 1960/61. The victory in the domestic cup qualified the team for the first-ever Cup Winners’ Cup and Fiorentina, after goals by among others Swedish Kurre Hamrin, won the final against Glasgow Rangers.

In an interview a few years ago, Sarti talked about how he experienced the years with his former coach Helenio Herrera “Herrera was perhaps not as much of a gentleman as Bernardini (Sartis coach at Fiorentina ed.), But his greatest contribution was that he introduced professionalism in this world. For him, football was everything and he applied the same fighting spirit in the way of work as he had learned as a child on the streets of Buenos Aires. he invented the ritiro because he always demanded the full attention of the team. This is why I see a lot of Herrera’s qualities in Mourinho. Both are strong characters, authoritarian and can spur the locker room. When comparing the two, you could say that Bernardini talked and Herrera demanded.”

Sarti played 147 games for Inter before he left the club in 1968 to become the second goalkeeper at Juventus. There, he spent only one season and played in 10 games before he ended his career by playing in Serie D.

Sarti was a relatively short goalkeeper by today’s standards, considering that he was only 178 centimeters tall. This was not something that kept him from being the first goalkeeper for both Fiorentina and Inter during periods that are considered to be among the best at both of the two clubs. Sarti is still the only Italian goalkeeper who has played four finals of the European Cup and is considered one of Italy’s greatest goalkeepers ever and yet he played just eight games for the Italian national team.

Sarti did not leave football completely after his career, as he spent a short time coaching Lucchese and after that amateur team Audace Galluzzo.

Giuliano Sarti is now 78 years old and is often asked questions about Inter as well as Fiorentina in interviews. In October 2012 he spoke out after Inter’s victory against Milan and stated that “Inter are on the right track, they played like my … Inter., The two things that could destroy the opponent, a strong midfield and a deadly counter-attack. Chelsea won the Champions League by playing that way and I hope that Stramaccionis team can bring joy to the supporters.”