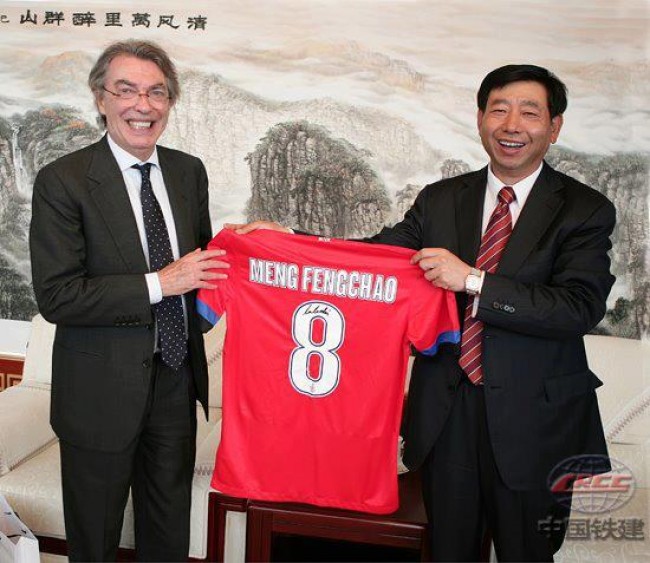 The sale of 15% of the club is on ice. The asians hasn’t yet got the five confirmation from the chinese governement to sign the contractand doubt is creeping up about the deal. But there may exist a clause that forces a buy from the chinese.

The deal between China and Inter is becoming more and more uncertain. No this is no joke. Unfortunately for Massimo Moratti and the Inter supporters whom where hoping for new money for the club to spend, the entrance of the chinese company is becoming more and more difficult. Those who report these news, Radiocor, say that “the deal is now stuck due to bureaucratic problems…”. Even though the two parts meet frequently, there is a great risk that the deal for 15% of Inter (55 million €) will come to a complete halt.

On the first of August, Inter released a statement that the Chinese Company, China Railway 15th Bureau Group Co., Ltd., would invest 55 million € in Inter and therefor buy 15% of the club and be able to build the new stadium for 2017. Two days later the Chinese Company denied that anything had been signed but said that the two parts were negotiating. Later in September Moratti said: “The deal has met some bureaucratic difficulties but it will be concluded before the end of the year.” The goal was to complete the deal before the end of October with bringing in three men from the Chinese Company into the club, but this has not yet happen.

The last few weeks the Chinese needed confirmation from five different Chinese authorities to complete the deal, but due to more and more uncertainties of the investment itself, which would cover the clubs losses this year, but also the new arena for 2017, which the Chinese would build. Therefor, in Beijing, there are those whom consider the whole deal to be a big misunderstanding which will clear up in the next few months. But there are also sources close to Inter who say: “The contract has already been signed and can not be annulled, it was signed already in August.”