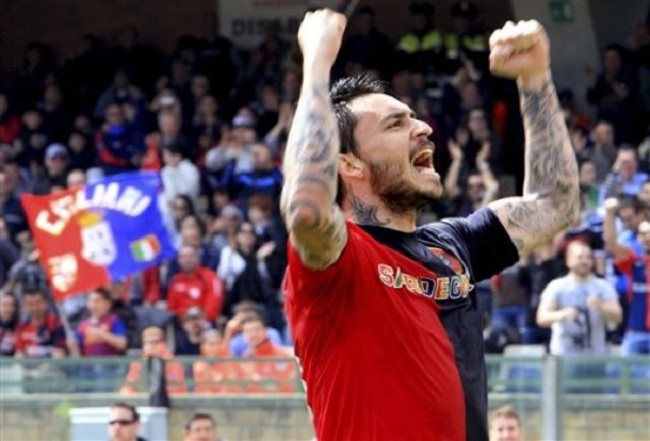 According to the newspaper Nuovo Sardegna, Inter are not just chasing Radja Nainggolan but are also very keen on signing Mauricio Pinilla too. The player is on his way out of Cagliari after the club has chosen to go for Ibarbo and Sau as the clubs strike duo after the pair were a revelation during the past season in the Serie A. Inter are reportedly preparing an offer for both players where the club is pondering on which players can be included in the deal as payment in order to convince Cellino to lower his financial demands to let the pair leave but the Milanese outfit has to act quickly. This is because the two clubs, Lazio and Cagliari, are preparing a trade-off which will see Sergio Floccari leave Rome to move to Sardinia with Pinilla going in the opposite direction, an swap which reportedly has already been accepted by Floccari.