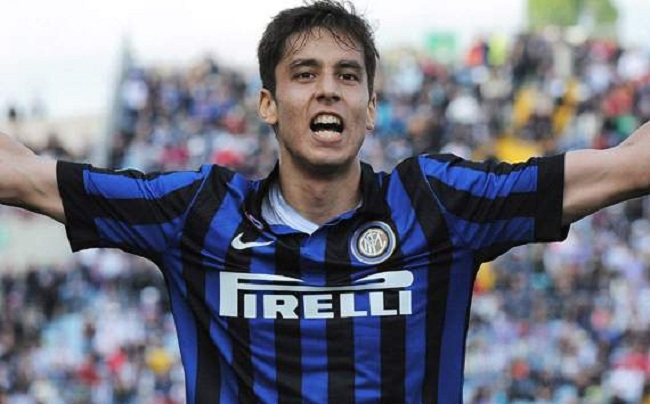 Ricardo Alvarez told all to Roberto Scarpini in a long interview to Inter Channel.

After the holidays (“I rested up a bit, I had a couple of days by the sea and mainly I spent time with my family”), Ricky is motivated for the start of a new season: “Pre-season is the most important time of the year. We’re doing great work and I believe this will pay off. No one really likes giving everything with double training sessions as we’ve done over the last few days, but we need to because the season’s long and this helps you stay physically and mentally sharp. That gives you the best chance of achieving what you set out to.”

On the approach and tactics which see Alvarez further forward the Argentine explained: “This system allows us to get a lot of players into goalscoring positions and that’s important. We’re doing a good job on tactics, we still need to learn a lot more of what Mazzarri wants from us but we’ll get there. Arrive suddenly where you’re least expected? That’s the position the coach wants, it’s a good role, we’ll try to do that well. I believe I’m having a good pre-season training camp and that’s all I’m thinking about, then we’ll see how this season goes.”

“It’s a shame we didn’t get the results we wanted, but I think I played some good games,” continued Alvarez when discussing last season. “Now I want to begin this season as I finished the last, getting into goalscoring positions, scoring goals – which is perhaps what I was missing – now I’ve added that and think I can do well.”

Finally, a word on the fans: “It’s the third year we’ve come here to Pinzolo and they’ve always responded positively. They have a special affinity with the club, that means a lot to us and we need to repay their faith on the field.”