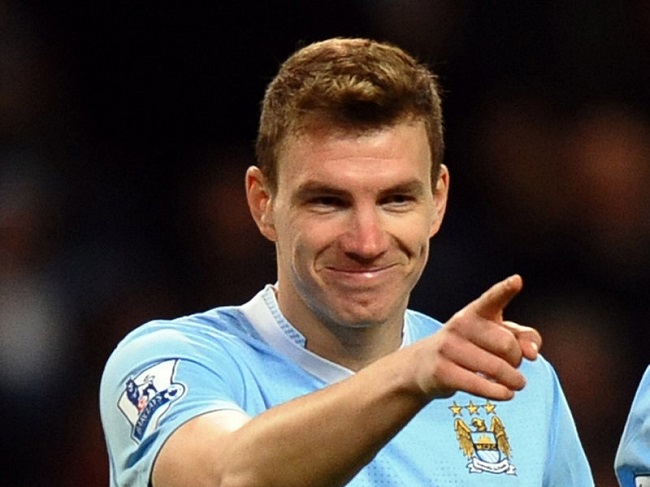 Today, Daily Star reveals that Edin Dzeko is about to sign a new contract, but a year ago he was close to a move to Inter according to the British Newspaper that writes: “It is understood he is willing to put pen-to-paper on a three-year extension for the same wages he is on now. It represents a remarkable turnaround in fortunes for Dzeko, who was close to leaving just over 12 months ago. He started just 16 league games in the 2012-13 season and became frustrated under former boss Roberto Mancini. Inter Milan made him a target and he seemed destined for the exit until Mancini was sacked and replaced by Manuel Pellegrini. Dzeko, 28, found a new lease of life under the Chilean last season, starting 23 league games and scoring 26 goals in all competitions. He scored some crucial goals in the absence of injured duo Sergio Aguero and Alvaro Negredo to become an integral part of Pellegrini’s team. Dzeko helped fire City to the title in Pellegrini’s first season in charge and has told friends he feels wanted again. In a recent interview Dzeko said: “The main thing is that I’m happy at City. It’s very important you feel the confidence that a manager has in you and last season was proof of everything I said.”