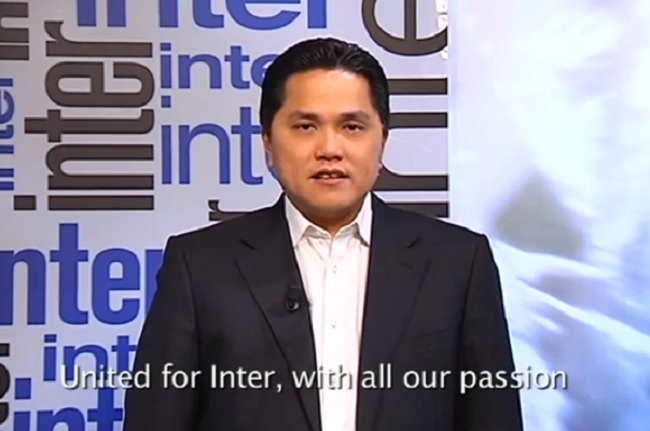 Erick Thohir proves to have learned the importance of history well and it shows when he was asked about the excessive presence of foreign players in the squad Inter and responded with a historical note: “The name of the club is Internazionale, history shows that this team from the beginning has proven to be open to players from anywhere, not only from Italy. But our intention is to keep even the Italian players, and then, just think that in our youth teams 90% of the players come from Italy, and only 10% is made up of foreign players.”

But will there one day be an Indonesian footballer at Inter, maybe the talent in the Under-19 Evan Dimas? “Difficult but not impossible, even though it is more befitting with a championship like the one in the United States or Belgium for a guy in the Indonesian Under-19. To arrive at Inter you must start working from an early age. Besides, players Under-19 play at various tournaments and it is hard for me to bring them to Italy. I do know though that he is a young phenomena that never lose.”