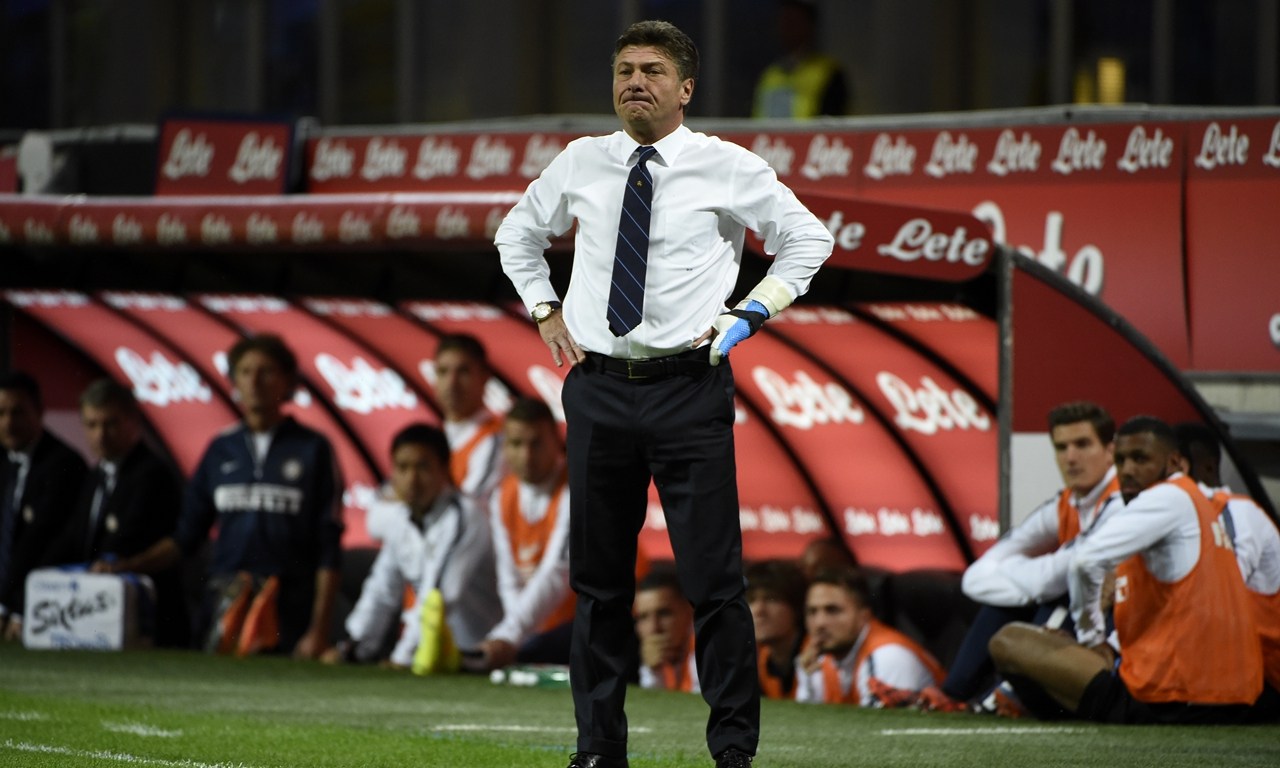 Walter Mazzarri spoke to the media today after the win against Qarabag and before the big game on Sunday against Fiorentina. Mazzarri spoke about wanting to see more consistency in the teams play and raised some concerns about the match on Sunday, amongst other things. Here are his words:

Has the Europa League win relieved pressure? “We put the pressure on ourselves by getting whipped last weekend. We always analyze our games, whether we win or lose, and that’s what we did yesterday.”

Why are so many suffering from cramping? “You use up energy not only with your muscles, by running, jumping and using your strength. Often you use up a lot of energy with your brain too. If we’re using up energy in our heads it’s because we’re tense and we want to ravage our opponent. That’s something you work on as a coach to try and find the right balance in games. As I tell my players, football is about being alert, not tense. When a lad joins a club like this, there’s more pressure than what he was used to. But I see it only as a positive thing because it shows the players care. We played a large part of the match against Cagliari with 10 men and nobody got cramp. In that case we were off colour and I hope it was a one-off.”

What do you expect vs. Fiorentina? “It’s going to be extremely tough. They’re a team that offers you no reference points. Montella never gives you any reference points. We’ll try to be organized but it won’t be easy because they move around a lot, you never know who is the center forward and they’ve very good at keeping the ball. They’re a tough proposition even if they are missing some important players.”

To take something you’ve said during the game recently is it possible to work on something like ‘having balls’? Do the signings of people like Vidic, Medel and Osvaldo help in that sense? “When I’m in the dugout I have to say what I think is right to my players, then after the final whistle I’ll explain what I said. The players know that I do it to motivate them – like an electric shock. Other times I’ve used much stronger words.”

Were you more agitated after Thursday’s game than at other press conferences? “You might think that being calm means putting on fake smile but I’ve never been likeable. I’ve heard things that I didn’t like, but even if we’d won five on the trot I’d be angry if I heard things I didn’t like. When I hear comments that are fair I take them on board; this is how I react when I hear things that are unfair.”

What criticism aimed at you and the team annoys you most? “After a game and having got a feel for the atmosphere I already know what’s going to be written. I just have to focus on coaching. Sadly certain critics are able influence some of the people who go to the stadium and they can get an idea that doesn’t reflect the truth. I will do my job; you do yours. There’s no problem with that.”

Has the Cagliari loss hurt your players’ confidence? “One thing that lots of people forgot to mention in their criticism was that we were playing a man down from the 20th minute, which can make a big difference in the modern game. I don’t think the lads were happy after playing well against Atalanta to lose like that. People react in different ways: some people tense up. That’s why I thanked the Curva because they got behind the team from the first minute to the last – that’s how you support a team. I’d also like to point out that the side we were playing and which everyone underestimated drew – and deserved to win – against St Etienne, who are third in the French championship. And Ligue 1 is not all that much inferior to the Italian league, if indeed it is at all. So Qarabag are a very good team and I told my players that they played well in what was not an easy match.”

After a year at Inter, do you have a message for the fans to make them realize that you’re an Interista like them? “Those who know me know I’m not the sort to go around trying to make friends with everyone. I’m a coach, not an actor, and I was brought here based on my past achievements. I try to work hard and give my all. I’m not interested in receiving applause or having people sing my name, I just try to prove myself through hard work. The fans in the Curva know Inter and after a year I went to thank them for the first time because after a year here I think I understand what Inter is about, and I realized that they really do try to get behind the team. That’s why I went over to thank them – not because we won but because of the way they behaved, which I have to say was exemplary.”

What is the status of Palacio’s fitness? “He’s better but not 100% yet. Fortunately we have this break now so he’ll have a bit of time to get there. He’s a key player for us when fully fit but he realizes himself that it’s hard for him to express his talent if he’s not.”

Looking at his recent form, would you spend €20 million on Hernanes again? “For a start Hernanes was very useful in helping us to reach fifth place last season. This year’s only just started and he’s played well in some games and less well in others. Obviously we can expect more from him. There are teams who splash out far greater sums of money. Hernanes’ price tag is relative.”