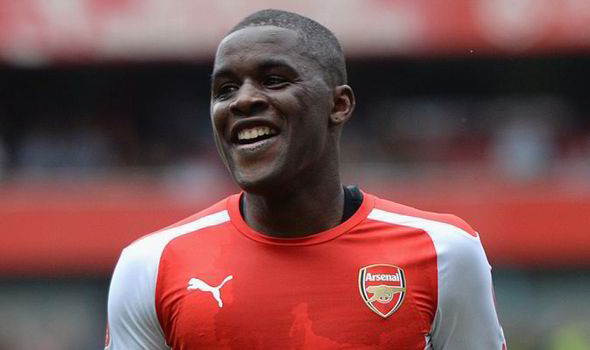 Arsenal forward and Inter target Joel Campbell now seems out of reach for Inter.  Campell responded to transfer speculation by describing his love for Arsenal and admiration of Arsene Wenger, even though he has only featured in 2 Premier League matches this season:

“What they have been saying is not true, I’m very calm. I have not been furious.  Obviously, yes, I would like to be playing, but that’s something that has to be earned day by day. I have to keep training and waiting for the opportunity, I know it’s a very competitive team.  Arsenal is one of the best teams in the world where there are many important players. I have to be patient, keep training and I know my chance will arrive and I’ll have to take advantage of it when it comes.  [I have learned] a lot [from Arsene Wenger]. He is a coach who has many years in football and with Arsenal. I am learning from him and from my peers every day in training. I’m doing my best to be a better player every day.”