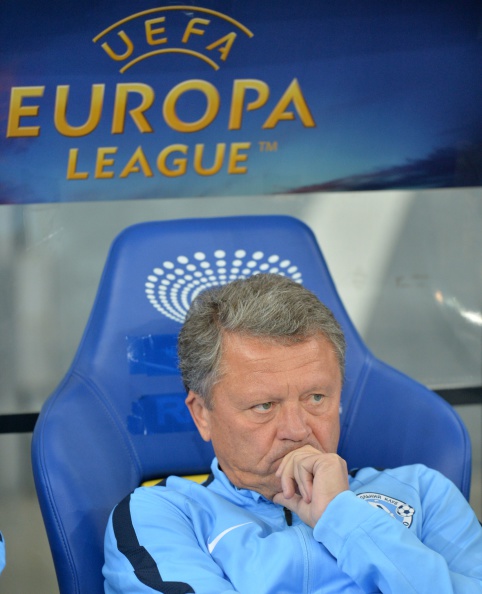 After the match vs Inter this evening, Dnipro coach Myron Markevych spoke about his side’s defeat:

Konoplyanka had a good game.  Considering Inter’s performance tonight, do you think that he could be useful for Mancini in the future?
“I can not speak about word of Inter’s coach, Mancini can only express his opinion about this scenario.”

What was wrong with the team tonight?

“Inter had a bit of luck.  We are also not used to playing huge clubs like Inter.”

Tonight there another missed penalty. What is the problem?

“I think the problem is the importance of the match. In training we always score goals but in the match it is different. Now we have to give everything against Saint-Etienne. We will also hope that Inter can get at least get a draw against Qaabag.” .

Do you think that Konoplyanka is ready for leagues such as the Premier League?
“Many teams want him, there’s not only Inter. His future will depend on which team wants him the most.  He used to have a physical problem.”

What differences did you notice between Mazzarri’s Inter Mancini’s Inter?
“In Kiev the game was more balanced, but today we deserved more. Mancini has just arrived, and not a lot has changed, but the main difference is the amount of defenders they play with..”