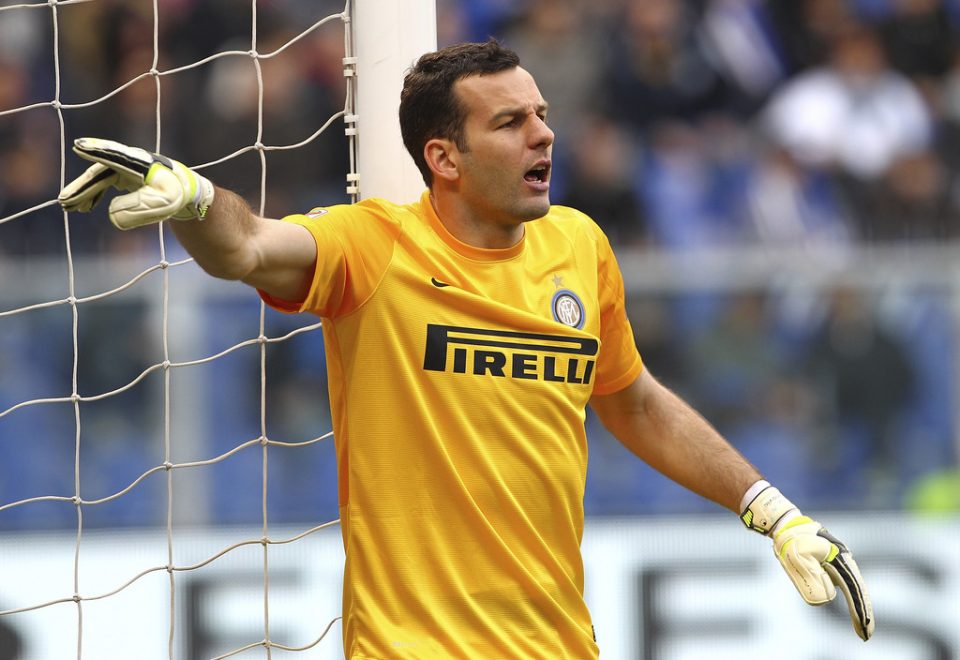 The Nerazzurri took on Dnipro in the Europa League today providing new coach Roberto Mancini a European return on his birthday. Notably the Inter coach was not on the bench due to a suspension he still needed to serve from his time at Galatasaray. Inter were coming off a 1-1 draw in the Derby della Madonnina on the weekend but went into this match sitting undefeated in Europe and 1st in the group with 8 points. Dnipro arrived at the Meazza ranked 3rd in the group on goal difference but tied with Saint-Etienne and Qarabag on 4 points. A win for the Nerazzurri would see them qualify for the next round and would allow them to rest some players in the final group stage match. However, with two important games against Roma and Udinese coming up in the Serie A, many believed that Mancini would look to give some players a break tonight.

Inter underwent a few changes from the match this weekend despite sticking with the 4-3-1-2 formation, as Osvaldo took the place of Palacio to partner Icardi up front. Gary Medel also returned to the lineup after sitting out a match ban in the Serie A and joined the midfield alongside Kuzmanovic and Guarin, with Hernanes sitting behind the strikers in the trequartista position. At the back Inter stuck with Nagatomo and Dodò on either side of Ranocchia and Juan Jesus.

Inter began the game without the necessary intensity and were sitting back. Dnipro were set up in an attacking minded formation, which was not surprising considering their position in the group. Inter were ceding possession to the visitors but were wasteful with the ball, often unable to string multiple passes together. The Nerazzurri were punished for their lack of focus when Handanovic parried a shot but two Dnipro players were left all alone on the opposite side of the box and Rotan volleyed the ball into the open net. The Inter back line has had a lot of trouble man-marking this season and have often conceded goals while having superior numbers in the box, which is unacceptable.

Things seemed to be going from bad to worse when Guarin made a clumsy tackle inside Inter’s box, giving Dnipro an obvious penalty. Taking the penalty was the talented Konoplyanka, who has been named as a transfer target for Inter. However, Inter’s resident immortal, Samir Batmanovic, stopped his 6th penalty in a row in fine style. As it often happens in football, one great play can turn the momentum and this is precisely what happened as Inter equalized through Kuzmanovic after a mad scramble in the box. Inter were level 1-1 and did not exactly deserving it at this point in the match. Soon after the goal Nagatomo was forced to come with what looked like a shoulder injury after volleying over the net and landing on his side. Campagnaro took his place on the right side of defense.

Inter were playing a risky game in midfield as they took many unnecessary fouls in dangerous positions in their end with Dnipro players dropping in the box at every opportunity. Moreover, at the other end of the pitch the midfield’s service to the Inter strikers was not good enough. The half ended 1-1 and Inter were lucky to still be in it.

The second half started with a flurry of activity as Inter captain Andrea Ranocchia took a second yellow for dangerous foul, leaving Inter with 10 men on the pitch. However, once again against the run of play Hernanes picked up the ball and slotted a brilliant pass into the box for Osvaldo, who made no mistake and put Inter up 2-1. Samir Handanovic was not to be outdone tonight though and made a miraculous save after some poor defending from Inter. The ball was not properly cleared out of the Inter box and the Dnipro player was left alone to volley but Handanovic flew across the goal to stop the shot point-blank and Juan cleared the follow up off the line.

Oddly, Inter started to gain momentum at this point and had a run of pressure on the visitors, with Guarin heading just over and Campagnaro scuffing a free volley on a corner. Inter made some necessary changes as Icardi was sacrificed for Andreolli in order to put on another defender, while Hernanes looked to be limping when making way for Joel Obi in the midfield. Osvaldo was having an inspired match as he not only put Inter ahead but was also getting back in defense and did well to clear the ball from a Dnipro player in the Inter box.

The last 15 minutes of the match was incredibly nervy with Dnipro pushing forward and Inter countering with some success. Dnipro came very close to an equalizer from a free kick after a clumsy challenge from Juan but the kick sailed just just wide. At the other end Handanovic continued playing like a man possessed and made crucial save after crucial save, claiming crossed and taking names in the process. Luckily, a Dnipro equalizer was ruled offside and Inter managed to remain relatively focused in the dying minutes of the match, killing this one off. Inter qualify for the next round of the Europa League with a game to spare and certainly showed more tonight than they did with 10 men against Cagliari. However, the overall quality of the play was not much better than we have come to expect from this team and tonight was not encouraging on that front. Special mention should go out to Danny Osvaldo who had an excellent match, scoring at one end and coming back to defend at the other. Lastly, Grande Handanovic. Inter’s keeper stole this victory for the Nerazzurri tonight.