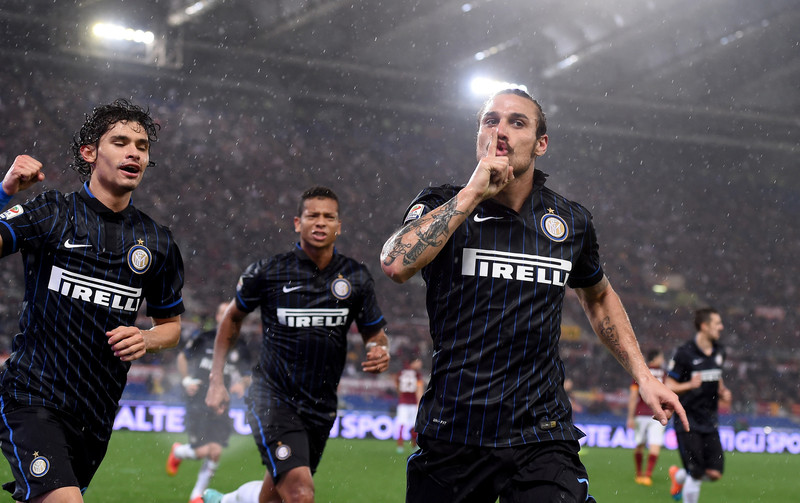 The controversies between Roma and Daniel Osvaldo seem to have continued long after he left the club years ago. Osvaldo scored a goal to bring Inter and Roma level 2-2 in Sunday’s match and celebrated his strike by putting his finger over his mouth to hush the Roma supporters. Afterwards, the player was bombarded by insults on Twitter from Roma supporters. However, Dani chose to respond to these insults saying: “To the Roma fans filling Twitter with insults and threats where were they on May 11 after the goal in the 94?” His comment references the game last season when Osvaldo scored a late match winner against his former club, while on loan at Juventus.