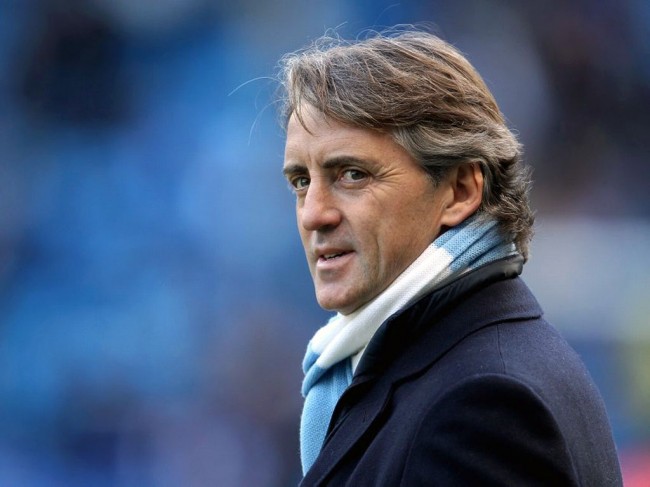 As usual, Mancio appeared in front of cameras and microphones at the pre-match press conference, in response to questions from reporters in the hall of Angelo Moratti Sports Centre. Here’s the direct text with the words of the coach, shooting in Appiano Gentile via FcInterNews.

Mister, what do you think about the game?

It will be a good match, we must start from the positive things that have been done in Rome, avoiding the mistakes we made, that’s not bad after two weeks.

Many players have played in different roles, are you sending signs about the market?

Something is missing, we have to give coverage to the defense, As external midfielders took turns, they have done very well. They are useful, everyone should know how to play in different roles, It matters a lot to the attitude, It’s logical that Guarin is not a winger but can play in that role.

In Italy is it true that the game runs less than abroad?

At its core yes, in the Premier League the game never stops, the referee whistles less, while in Germany it’s the same way, The game is faster, but I do not think that in Italy you run less.

Icardi seems lagging behind Osvaldo. What should Maurito do to get back in the pitch’?

Icardi played the first and second games, and the third was only three days apart and I preferred to play Palacio, that was cooler, I have confidence in Icard and Osvaldo, Mauro has to improve, but he will

What is the problem of the four-man defense

Things will improve only with work, we have done some work on defense, but despite the errors in Rome, we are on track, however, by time things will get better.

Why did you choose Silvinho as an assistant coach?

I had him as a player in Manchester City, he’s an amazing guy who has won everything, he will be a coach who can help us alot, he can run more than me, younger and speaks many languages.

Are you missing a leader in midfield and defense?

I can say that I’m getting the most of my players, It had never happened in the other teams, i have to improve my lot.

The reason for the reaction of M’Vila last week?

M’Vila will not repeat more scenes like this, it was the last time, The market? We will see in the next games, now we’re only thinking to play.

The next three games will be those that will relieve Inter’s season?

They will be important, if we take maximum points we will shorten the space to the third place, it would be a good prospect.

Will you stay as the coach of Inter next season?

It Doesn’t depend only on me, my goal is to get back to winning quickly, I have a two and a half years contract, there’s no problem now.

Are you thinking only to win tomorrow or continue with the idea of the new mentality?

I always think to win, without making the stupid mistakes we would not have lost in Rome, The team is gaining self-esteem, for me this is very important.

Among the errors in Rome is trying to defend after the draw?

We would have had another type of game, trying to win after a 2-2 draw, At that level of the game there was no big difference.

What do you think about the Udinese coach Stramaccioni?

I have not followed much, but arriving after many successes is not very easy. When you are young you can make mistakes, but with experience he will get better and better. And he is already very good.

Did you enjoy the words of Thohir?

I spoke to him twice, if he had not had faith he would not have come looking for me, His words are right, we have to bring good results, this is what counts this time.

Do you want to make an appeal to the Inter fans?

It will depend on us and the team. If the public sees that we fight for every ball, they will be back and cheer as they have always done.