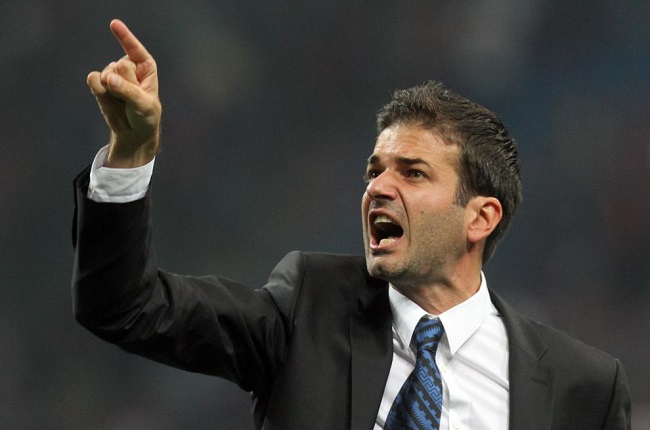 A special guest at Tiki Taka – Il calcio è il nostro gioco. Last night the program at SportMediaset welcomed a person who has piece of his heart for Inter and who, for one evening, turned avenger by punishing Mancini’s team with a 2-1 comeback that did harm to Inter. Here are the words of Udinese’s coach and former Inter coach Andrea Stramaccioni.

UDINESE – “I’m in the stadio ‘Friuli’, I’m alone like a dog (laughs). Udinese is a team for everyone, a club that looks to the future, and we have the stadium, the headquarters and the training field in the same location. The new stadium will be fantastic, next season it will be completed and will be a source of pride for the Pozzo family.”

THE RETURN – “Surely it was great for me to receive a welcome like the one on Sunday evening. Then I did not do anything at Inter, I did not win anything and I am not at the level of Stankovic who collected trophy after trophy in Milan. Having received the affection by the people of Inter excited me a lot and I was very impressed. I will always and only be thankful to Inter and the Inter fans in general.”

DIFFICULTIES – “I think that the analysis is much simpler than it seems. Things changed after ending the first half of the season in second or third place, then they took safety accidents and major players. Our certainty, even tactically, fell short. Then in March and April we heard the news that Moratti would sell a majority stake in the club: this destabilized our environment a bit, and with great humility I say that it was not easy to manage that situation for a very young coach like me, the least experienced in the Serie A.”

INTER-UDINESE 1-2 – “I saw a team, the Nerazzurri, which according to me can count on players of the highest quality. I know many of them, having coach them, and I am convinced that Mancini will need time to find the ‘quadrature’ which today is not optimal. When a coach arrives and has another coach’s squad at disposal it is normal that there is need for an adjustment period. I hope Inter will do well. Returning to the match, we suffered a lot against Inter and we tried to improve things that went wrong to not do the same against Mancini’s team. Especially in the second half we did very well.”

THE TAPIRS… – “What I thought when Staffelli presented me with a wheelbarrow of tapirs? Don’t forget that football is a sport and that was a good time to take away the drama. As for me, considering that I come from nothing, I think this sport a wonderful sport.”

INTER-MILAN – “I believe that the Rossoneri have had more time to work, they are building their own identity. The next games will say a lot. Inter are used to winning, but Mancini has still had very little time to work.”

CASSANO – “At Inter, in the first part of the 2012-2013 season, he made a great contribution to bring us up high in the league. In the second part, however, thanks to a decline in general, it was not repeated. Then we are two honest people and very direct: I pointed out things in my own way, he replied in the same way. I prefer a relationship like that, no matter what.”

THE FAMOUS CELEBRATION – “I do not have enough experience to judge Inter in a wider scope. The situation of that season was difficult, and then came the derby (a win with a goal from Samuel, ed.) My joy is was instinctive, there had been a bit of confusion at half-time, but I don’t know if I would repeat that celebration. I am a spontaneous person, I show what I feel inside. Sometimes I have paid for it, but I’m getting better.”

RETURN TO MILAN – “No, I signed an life long contract with Udinese. At Roma? No, I only have one life, and having signed for life… (laughs). I’m very confident about the recovery of Inter, the route will change. Maybe the goals will not be reached in a short time, but we are already at the first step in the reconstruction. Inter will return to greatness, I’m confident.”

THE SCUDETTO – “Roma is paying for the dual commitments in the league and the Champions League after two years being absent from Europe. So I think that Juventus are favorites.”