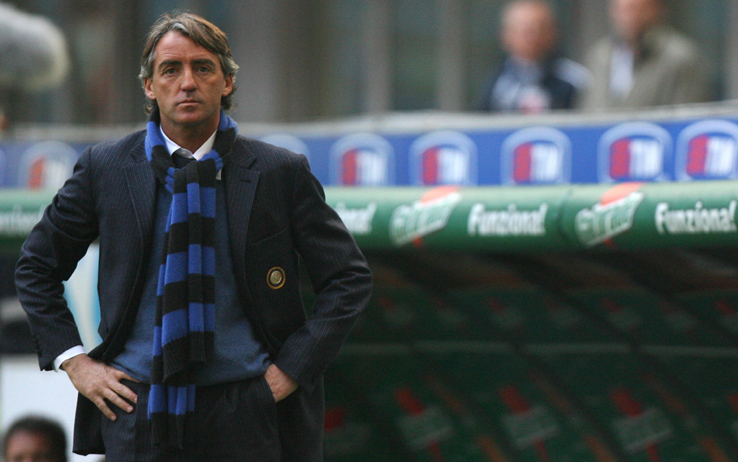 After five league games under Roberto Mancini, we are left with five points out of a possible fifteen, one win against Chievo Verona, two draws against Lazio and Milan and two losses against Roma and Udinese. Now let’s be frank, most of the complaints about errors in the games come from a time before he was appointed, as I didn’t see till now people who have already flippantly changed their minds after just a few weeks and those who were against him are still at their stance.

We used to get a few wins with every coaching change in the past few years, I mean look at Stramaccioni’s start, Ranieri’s or even Benitez, they all did well at the beginning, just to disappoint all of us later on with a string of defeats and unusual performances, but things are different now, Mancio didn’t start well, actually before he arrived we had a winning percentage of 36%, that decreased now to a whopping 20%, but then, as a counter argument, what can we expect for only a few day’s training?

The question now, is it fair to start criticizing Roberto Mancini? No? When would the time come then? The annoying thing regarding this season is that we had already played our easy games under Mazzarri, giving away points like it was a Christmas giveaway, games like Torino, Parma, Cagliara, Palermo and Hellas Verona could have easily pumped us into third place with a good space between fourth, now we have Juventus and Genoa next, one would love a 6 points here, but I think this is beyond our scope.

Let’s also not forget the transition from 3-Man to a 4-Man defence at the back, we are yet to find our best centre-back pairing, We should be careful about being too critical on a manager who has clearly inherited a very bad situation, but at the same time, we do also need to realise this with the fact that we are in a competitive environment and ultimately there are no excuses for failure. It will be interesting to see how much patience Inter fans have for Roberto Mancini, especially when we consider the great things he did at Inter last time he was here, and whether that buys him any favour or not.