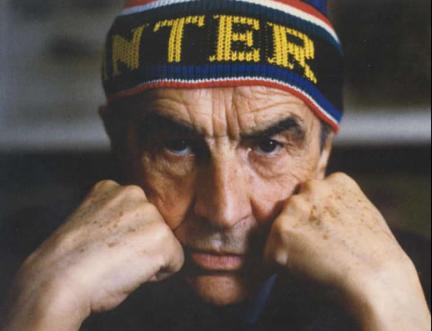 Borrowing this post from a past work of mine. I wanted to make sure we know our anthems nonetheless, and know what they mean, so here is this mini-series; Know Your Anthems.

First one up: “C’è Solo l’Inter,” is one of the Nerazzurri’s official songs. It is the tune of pride, in our colors, in our history, in our players, in what we represent, through thick and thin, in the face of the enemy, of what we are, and of what we are not. It is performed expertly by Graziano Romani.

Italian/English Lyrics (If you want to learn the song, copy/paste, print, etc)

than football players and singers,

but tell me what is better

than, a continuous suffering,

per me, c’è solo l’Inter

for me, there is only Inter

A me che sono innamorato

do not come to say

what Inter must do,

because for us nothing is ever normal,

neither in victory nor defeat,

so it is always the same story;

an hour and a half breathless

because, there is only Inter…

C’è solo l’Inter, per me

There is only Inter, for me

No, you can not change the flag

and the Nerazzurri shirt

and its still the same

for those of the present

from them, I want pride

for the team of Milano

because, there is only Inter

And I recall to mind “The Attorney” Prisco

he said that the Serie A is in our DNA;

“I do not steal the championship

and I have never been in Serie B!”

There is only Inter, for me, for me

c’è solo l’Inter, per me

there is only Inter, for me

C’è solo l’Inter per me

There is only Inter for me (Repeat out)

Note on the English translation: I tried to translate for meaning of what would make sense in English terminology, not so much exact literal translation, because some of that doesn’t translate sensibly.

“Io non rubo il campionato, ed in Serie B non son mai stato” is an emblematic phrase that refers to our rivals Juventus and Milan, among others. Especially the first two however because they are our most historic rivals and Juve has been proven guilty (and has been suspected of it for even longer) of stealing several championships, while both have been in Serie B. This is while Inter is the only Italian team to stay in Serie A its’ entire existence. True pride to be had in this.

“L’Avvocato Prisco” refers to our beloved legend, the late vice-president Giuseppe “Peppino” Prisco. He spent years in the Italian military’s Alpini, featuring in the Russian Campaign in World War II. After, he was a prominent lawyer (hence the nickname “l’Avvocato”) in Milan and was Inter Vice President from 1963-2001. To keep it very, very short, his life was lived expressing his love of Inter. He was the life of the Derby della Madonnina, he was the life of what was the Derby d’Italia. His witty comments won him the support of the streets, while his old-school passion kept the cauldron of the stands boiling-hot. He was the fire in the Biscione’s belly. An absolute legend. So much so that even Paolo Maldini said that Inter versus Milan will “never be the same” after him. He was right. Peppino passed on aged 80 in 2001. God bless his soul.

Thanks to Yoav Atiass on the suggestion for the updated lyrics format!

Part two will be up soon! Which parts of this song ring out most true for you? Do you have a favorite quote from the legendary Prisco?