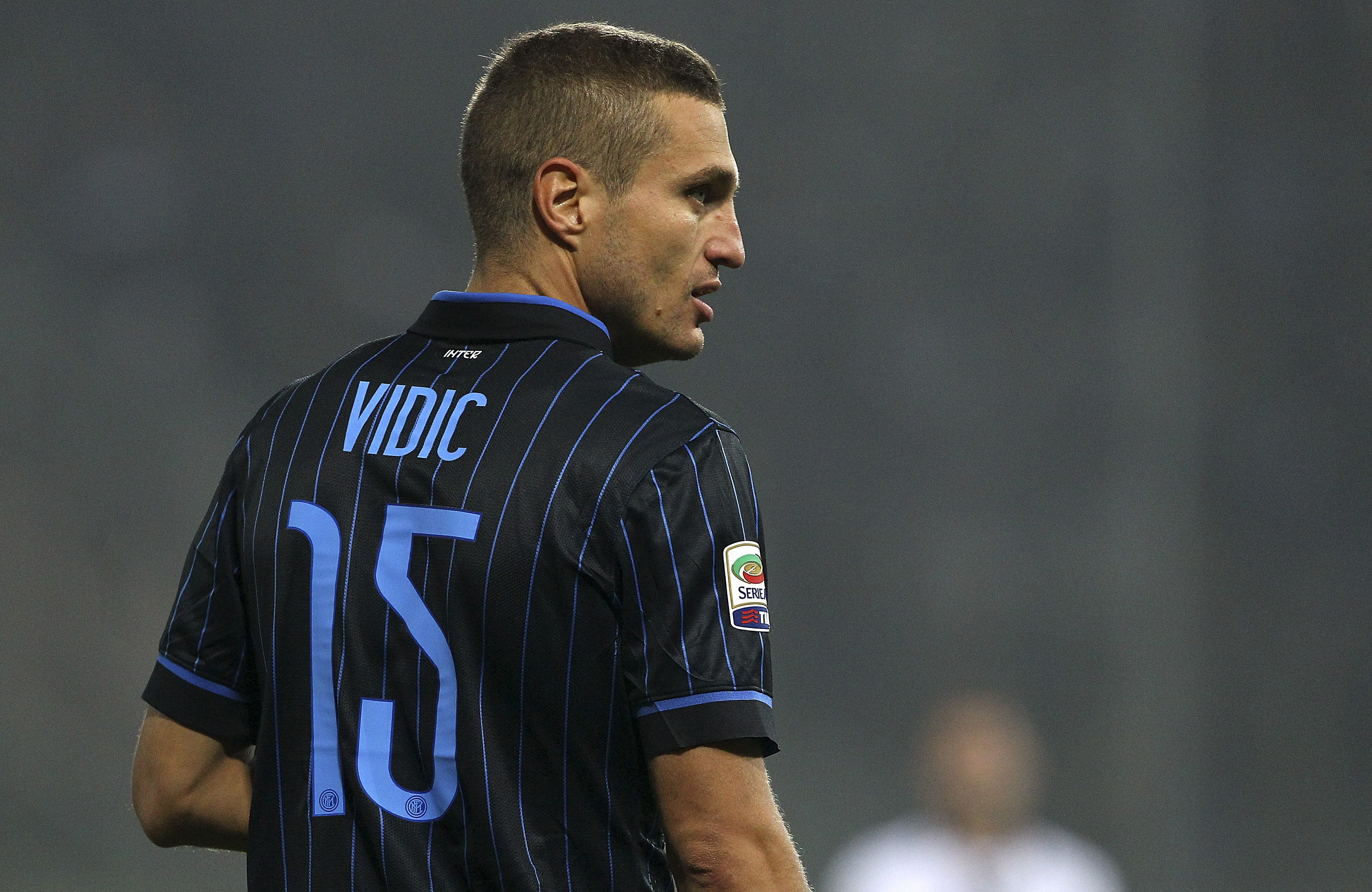 Tuttosport reports that the game will be especially important to the former Manchester United captain.

The lack of play time under Mancini, highlighted by Andreolli starting in Marrakesh even when Juan Jesus was pushed out to the left, may have reached it’s limit for Vidic. He played 13 games for Mazzarri but has yet to start under Mancini. Given that the Inter coach may start Campagnaro at right back, and Juan Jesus at left back, should Vidic again be benched, he may submit a transfer request.

Author’s note: I personally wish to see him start ahead of Ranocchia a game or two to be honest, and perhaps that will revive Ranocchia out of his lackadaisical lull. It would also allow us to see if there is absolutely no future for Vidic with us. We all want to see if the four-back system would suit him better, or if he simply cannot play for us as he had in the past, be it age, or other factors.

Do you think Vidic will leave in January? Do you think he deserves to start a game under Mancini?