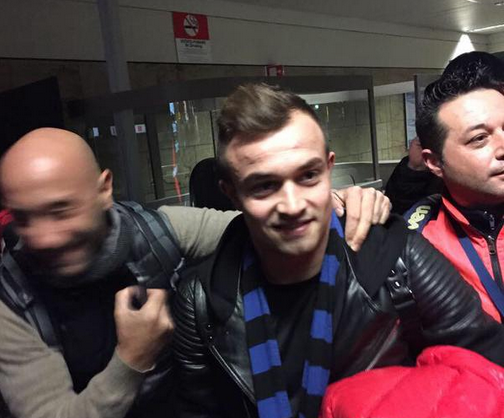 After another crazy day of the Mercato, a new day begins.  Here are all of the latest headlines from the biggest newspapers:

BBC: Inter is crazy for Shaqiri. Thohir calls Rumenigge to say thanks.

Corriere Dello Sport: Shaqiri show for Inter. After getting Podolski, the Bayern attacker arrives:  “I want to play on Sunday.”

Tuttosport: Inter get Shaqiri.  Allegri wanted the Swiss. Marotta was interested in Shaqiri for a long time, he ended up in Milan.  Lucas Lieva ready to leave Liverpool and joing Mancini at Inter