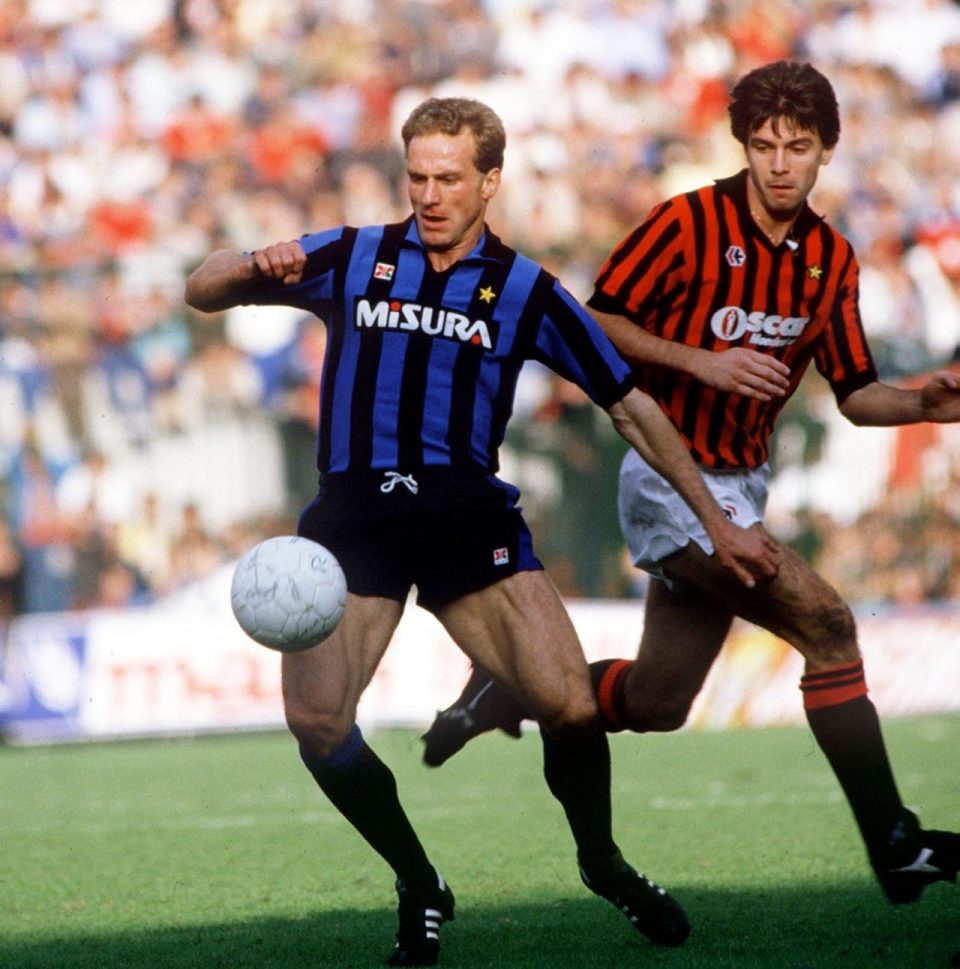 The former Inter and Bayern München legend Karl-Heinz Rummenigge who is currently the Executive board chairman for Bayern drew a parallel between himself and Xherdan Shaqiri. “I also refused offers from half the world (to join Inter)”.

Rummenigge was interviewed by local newspapers and was asked about the deal that saw Xherdan Shaqiri leave Bayern for Inter.

Why did you turn down an offer from Liverpool that meant 20 million euro’s right away?

“I don’t owe anyone any explanations. But seeing how you really want to know it is very simple. The lad only wanted Inter and it was the same for us. End of story. Back in the day, I also refused offers from half the world so that I could join Inter. Inter is Inter”, said the former Inter legend.

Author’s note: Aren’t we thankful that Kalle still bleeds black and blue? I grew up watching Rummenigge with my dad and these words just made him even more of an idol for me.