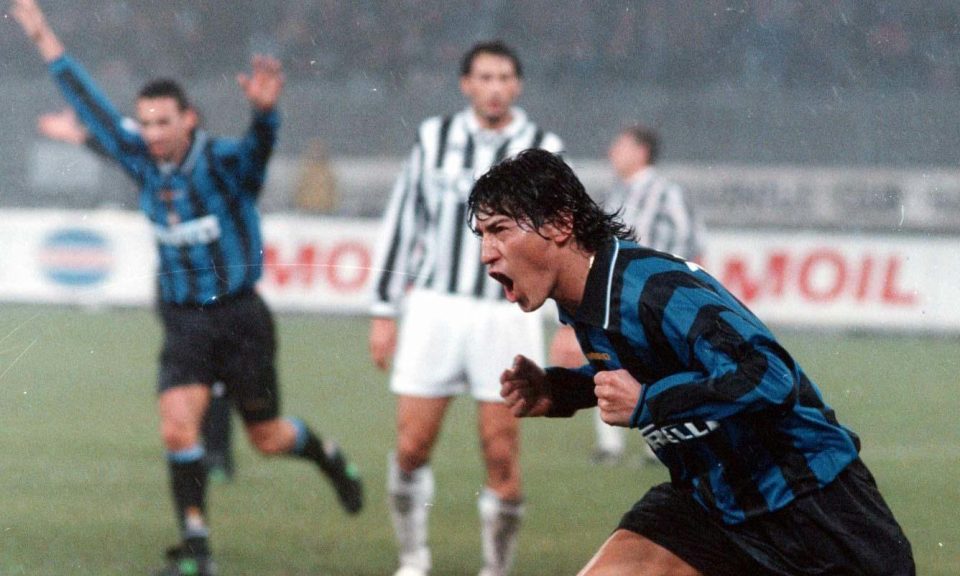 Today is the 48th birthday of Inter legend Ivan Zamorano, the powerful and prolific goal scorer, he was particularly renowned for his ability in the air, with many of his goals coming from headers, the Chilean striker who is considered as one of the most recognized footballers in the South American Country.

Zamrano played four seasons for Inter, from ’96 to 2000, where he was the teammate with Youri Djorkaeff, Javier Zanetti, and Ronaldo, among others. He was initially the club’s premier striker, holding the coveted number nine shirt. However, upon Baggio’s arrival at the club, Ronaldo was forced to give up number ten, and wear number nine, therefore Zamorano had to give up his number and started wearing a shirt bearing the number ‘1+8’, therefore making him mathematically still a number 9 striker, In May 1998, Inter won the UEFA Cup after beating Lazio in the final 3–0, with Zamorano scoring the opening goal. He had also scored in second leg of the previous year’s final, with the game going to penalties. However, Zamorano missed his penalty as Inter lost to Schalke 1–4.

All the Staff at Sempreinter and all the faithful Nerazzurri fans wish him a happy birthday and a glorious year to come.