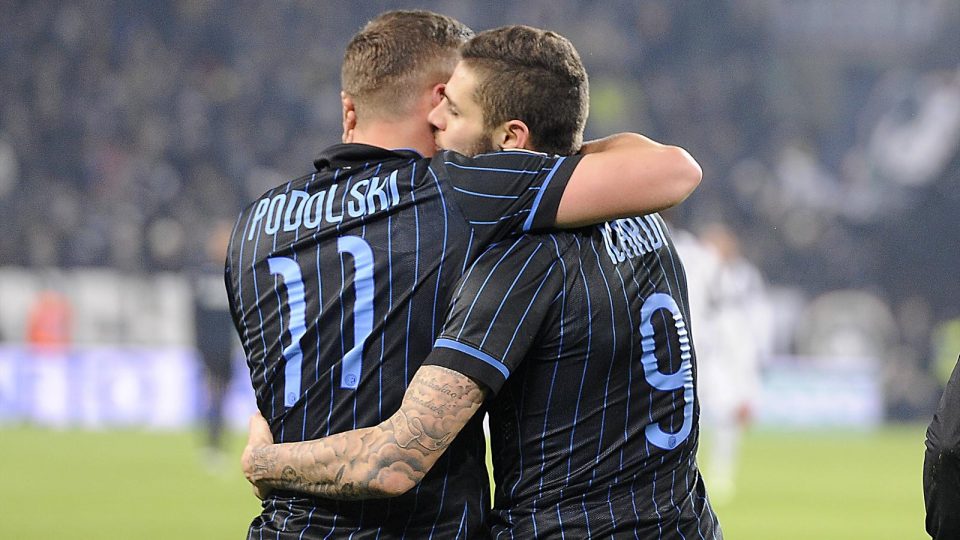 Bergamo may represent a new opportunity for Lukas Podolski who watched the Napoli and Palermo matches from the bench. According to the “Gazetta dello Sport” the former Arsenal man will pair with Icardi in the 4-3-1-2 formation. Behind the strikers Mancini will field Xherdan Shaqiri.

In front of Handanovic, Mancini will field a four man defence with Campagnaro taking the place of the injured Nagatomo. Campa will be joined by Ranocchia, Juan Jesus and Santon. The midfield will consist of Guarin, Medel and Brozovic, even though Kuzmanovic has seemingly been revived by Mancini. However, the Kuz may get his chance in the midweek Europa League match against Celtic. Finally, Mateo Kovacic looks likely to start from the bench once again.

Editor’s Note: Although this is just a rumoured lineup it could be an interesting experiment for Mancini to start with Podolski-Icardi up front. Moreover, Kovacic’s relegation to the bench may stretch out another match. What are your thoughts? Let us know in the comments below.