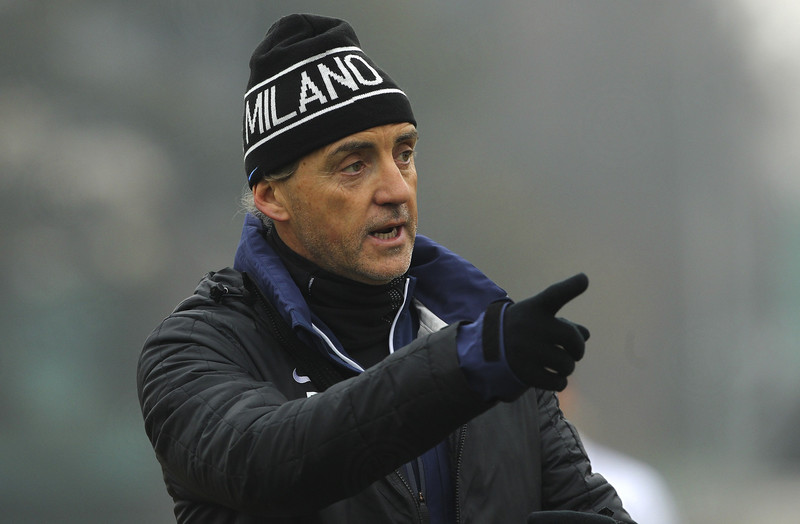 Inter travel to Sardinia hoping to win 3 Serie A games in a row for the first time since November 2012.

Inter are trying to sneak into the European places while Cagliari are trying to avoid relegation under their new manager Gianfranco Zola.

In the previous meeting this season Cagliari, under Zdenek Zeman at the time, smashed Walter Mazzarri’s Inter at the Giuseppe Meazza 1-4 thanks to a hat-trick from Swede Albin Ekdal.

Inter are starting to pick up some form under Roberto Mancini since he started playing with a 4-3-1-2 formation. Xherdan Shaqiri has looked really sharp but Inter’s problem has been in defence with the team conceding 4 injury time goals in the last 6 matches.

As for the line-up reported by GDS and subject to change:

Samir Handanovic is out injured (bruised foot) for this one so Carrizo, who was impressive against Celtic despite conceding 3 goals, keeps his place in goal.

In defence Marco Andreolli and Danilo D’Ambrosio have returned from injury and are set for places on the bench.

A big change that could happen is that Nemanja Vidic could start in place of Andrea Ranocchia, as the captain has been having problems with a recurring knee injury and needs a rest. Hugo Campagnaro could also be benched to be replaced by Davide Santon at right back. The central defensive pairing could see a Nemanja Vidic and Juan Jesus partnership with Dodo coming in at left back. Yuto Nagatomo is out injured along with Jonathan who is out for the rest of the season.

In midfield Marcelo Brozovic is set to return, after being cup tied in midweek, in place of Zdravko Kuzmanovic alongside Fredy Guarin and Gary Medel although any one of Mateo Kovacic or Hernanes could start as Mancini contemplates rotation ahead of Thursday’s Europa League last 32 second leg against Celtic.

Xherdan Shaqiri should keep his place as trequartista and has really looked dangerous since taking up that position.

Up front Mauro Icardi should start with Lukas Podolski after the German missed the midweek game due to being left out of Inter’s Europa League squad. This could be harsh on Rodrigo Palacio who scored 2 goals against Celtic.

Andrea Stramaccioni was the last Inter manager to put 3 wins in a row together in Serie A.

Gianfranco Zola and Roberto Mancini will meet each other for the first time as coaches.

Cagliari have only won 1 of their last 5 matches in Serie A and they haven’t kept a clean sheet in their last 12 matches at home.

Player to watch: Xherdan Shaqiri – Shaqiri has really flourished since he took over the trequartista role and looks like scoring in every game.

Author’s Note: After watching the game against Celtic it’s clear to see that our defence is a liability. Our attack has been working well with 10 goals scored in the last 3 matches. I expect Inter to win this match due to Cagliari’s defence being worse than our own. We will definitely out score Cagliari and this would be a great opportunity for our defence to actually get some much needed confidence.