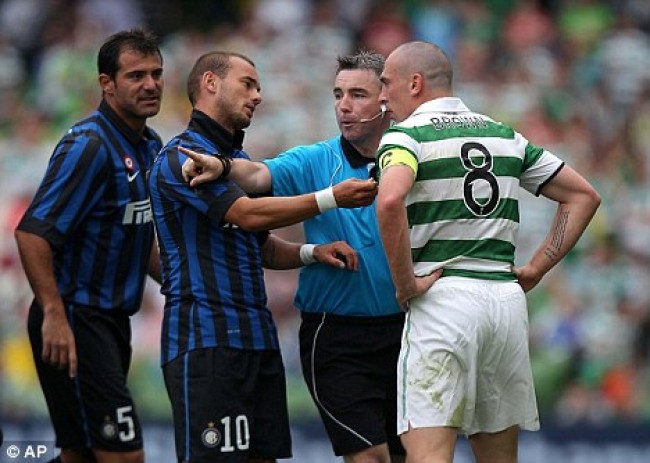 Celtic captain Scott Brown is convinced that his team can beat Inter on Thursday.

Brown was interviewed after Celtic beat Hamilton 4-0 on Sunday and was asked about the forthcoming Europa League last 32 2nd leg against Inter.

“We have to go there and think we can win especially when you look at the chances we created in the 1st leg.”

“You have a chance when you have players like Leigh Griffiths and John Guidetti. John scored a great goal with an unbelievable finish and Griffiths worked his socks off to soften up the Inter defence. He created chances for others as well. We will do the same in Milan.”

“Inter are a great side with great players, some of them who cost a lot of money.”

“You look around our squad and we have a few guys who know what it’s like here. The likes of Gary Mackay-Steven and Stuart Armstrong now know what the big European matches at Celtic Park are like.”