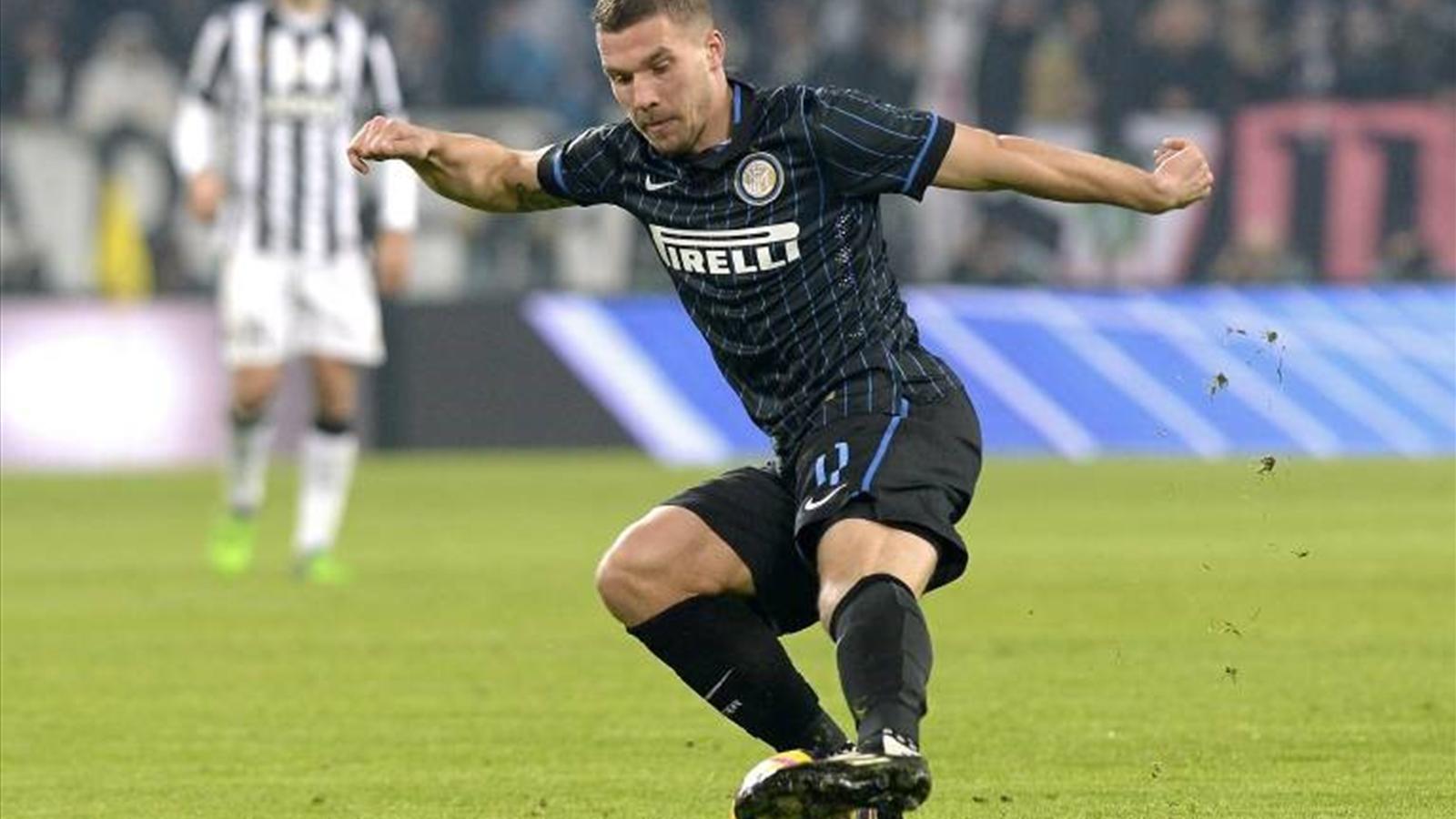 Today, Lucas Podolski spoke to Sport 1 about his time at Inter:

“You need to take many things into account in the world of football.  You have to take things into a positive direction.  I have no problem with the people in the media who criticize me.  I know the rules of the game.  It is important to know where you must improve.  Some people want to see you fall to the ground.  The first part of the season was very difficulty because I could not find any form.  In the beginning things were going very well, however, I still have to start scoring goals and I hope they arrive soon.  It is not something that requires a flick of a switch.  In every game I play I want to perform well and score goals.  Unfortunately, I have not scored yet.  You can also argue that if I went somewhere else I would do better, but saying that would make things worse.”

“I will not play in the match, but I definitely want to.  It will be a difficult match because they have shown they are have a great attack in the Bundesliga.  They have performed very well so far in the Europa League.  It will be better to play away first then at home second.  This factor could make it a little bit easier for us.”