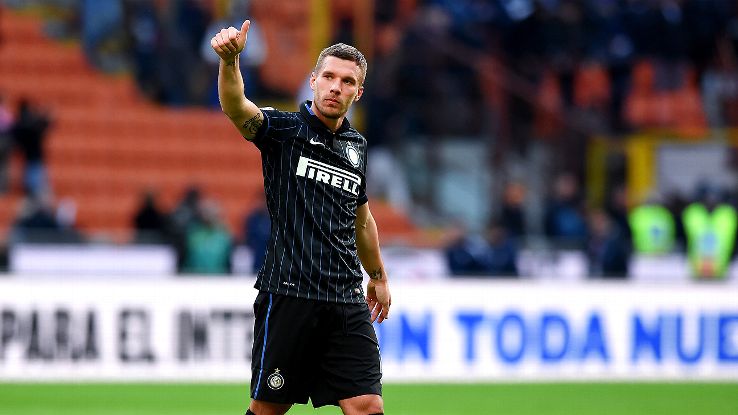 Lukas Podolski’s form has disappointed almost all Inter fans since arriving last January, after all the hype done on his signing he didn’t deliver anything that can guarantee his remaining with Inter next season, not only that, he can’t even guarantee a starting place in the team at the moment.

According to Tuttosport, Inter are not willing to redeem the German striker and he will be one to be sent back to Arsenal comes June, the newspaper suggests also that Mancini is not happy with the striker who is not able until now to make any difference on the pitch after nine appearances.”