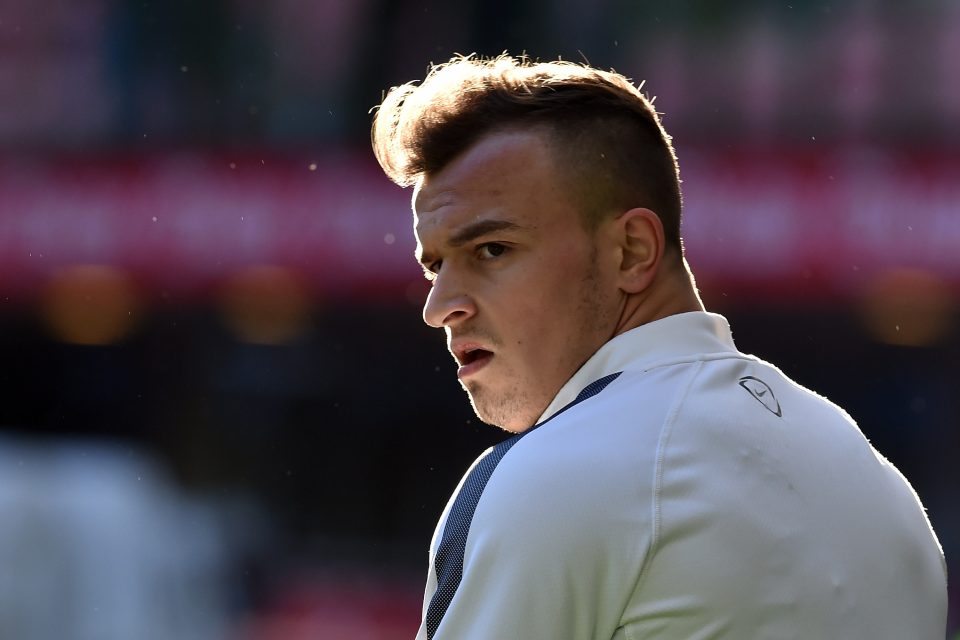 After starting on the bench when Inter lost against Fiorentina, Rodrigo Palacio and Xherdan Shaqiri are ready to carry Inter on their backs against. The two players are ready to start against Napoli together with Ranocchia who rested against Napoli. This according to Marco Barzaghi on Mediaset who reports the latest news before Inter’s game on Sunday.