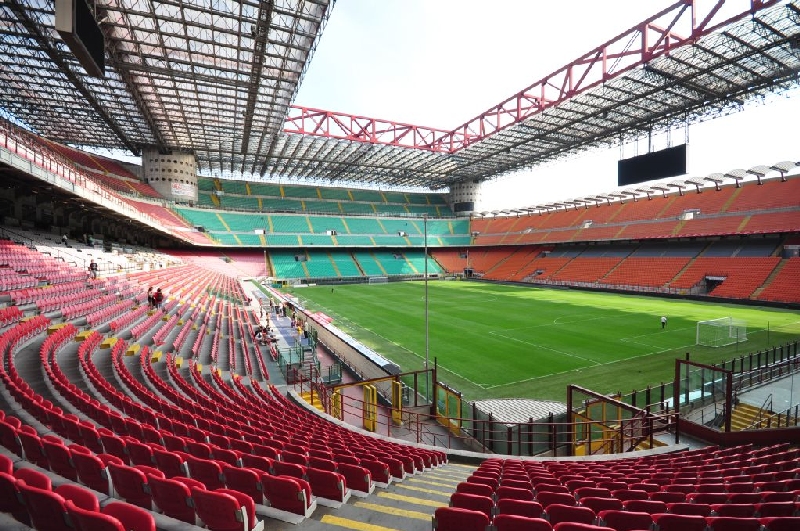 Inter come into this game on the back of a loss at Wolfsburg in midweek where they took the lead but in the end threw away a good result due to poor defensive mistakes yet again.

Inter need a win against Cesena on Sunday night (kick off 20:45 CET) not only to keep their slim hopes of European qualification alive but also to gain some confidence ahead of Thursday’s Europa League last 16 2nd leg against Wolfsburg.

This is an important match for Cesena as well in their battle to stay in Serie A.

Cesena are currently in 18th place 4 points away from safety (Atalanta 17th) but come into this game in a positive mood after they picked up 4 points and 2 clean sheets against Udinese and Palermo.

Here is the team news and probable line-up as reported by GDS:

Roberto Mancini could do quite a lot of rotation for this game with the upcoming 2nd leg match against Wolfsburg in mind.

Samir Handanovic should be back in goal after Juan Pablo Carrizo’s poor showing against Wolfsburg.

Jonathan and Yuto Nagatomo are injured but Hugo Campagnaro and Joel Obi have returned from injury for places on the bench. Juan Jesus misses out due to suspension.

Danilo D’Ambrosio will start at right back but Davide Santon is expected to be rested in favour of Dodo at left back. In central defence it remains to be seen who will partner Andrea Ranocchia although Marco Andreolli is seen as the favourite ahead of Nemanja Vidic and Dias Felipe.

The 3 man midfield is expected to be Fredy Guarin, Gary Medel and Marcelo Brozovic.

Xherdan Shaqiri is expected to be rested and at this stage Mateo Kovacic could start although Hernanes has been pushing for a start.

Inter’s record against Cesena stands at 17 wins, 7 draws and 1 defeat. That lone defeat came way back in March 1975.

Cesena have conceded goals in every away match this season.

Inter’s last 6 Serie A goals have all came in the 2nd half of matches.

Player to Watch: Mauro Icardi – The Argentine can take the lead in the race for the capo-cannoniere title especially against this opposition.

Author’s Note: I expect a win, and if Inter don’t beat this Cesena team, then they don’t deserve to play European football next season in all honesty. This could be a great chance also for Lukas Podolski to finally give us a decent performance.