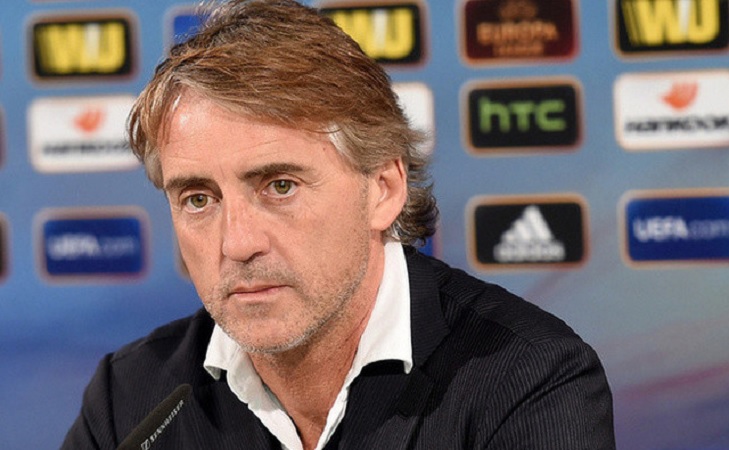 Inter barely defeated Udinese despite the numerical superiority 11 against 9 during the last half hour. When interviewed by Sky after the match Roberto Mancini had the following to say: ” I don’t understand why, after the two red cards, some of our players stopped playing and started to play around. It’s not possible to say that a game was played much better 11 against 11 than 11 against 9. Sometimes we don’t think. The brain is made to think and should be used. It looked like a match at the end of the summer, not good. The team played very well 11 against 11, Udinese is also in good shape. But the attitude after that is not good, we can not afford that.”

Today there was also a goal by Podolski: ”For the German the agreement is that he will return to London at the end of the loan. But I’m happy for him, because he is a serious professional.”

On the transfer market: any Italian spotted by Inter? ”It’s not easy to find the ones who get the job done. But today we played well up until the second red card. It seemed as if no one wanted to score a goal and then there can be a goal in the melee in the end, as was about to happen.”

Where did Inter go wrong tonight? ”I say that you have to use your head, the ball must be moved. When focused, the team does everything well because they are concentrated. For example, Hernanes is one of those who, along with some others, I didn’t like in the last 25 minutes.”

Finally on the promotion of Carpi: ”I’m happy for the team and for the coach Castori, who deserves it.”