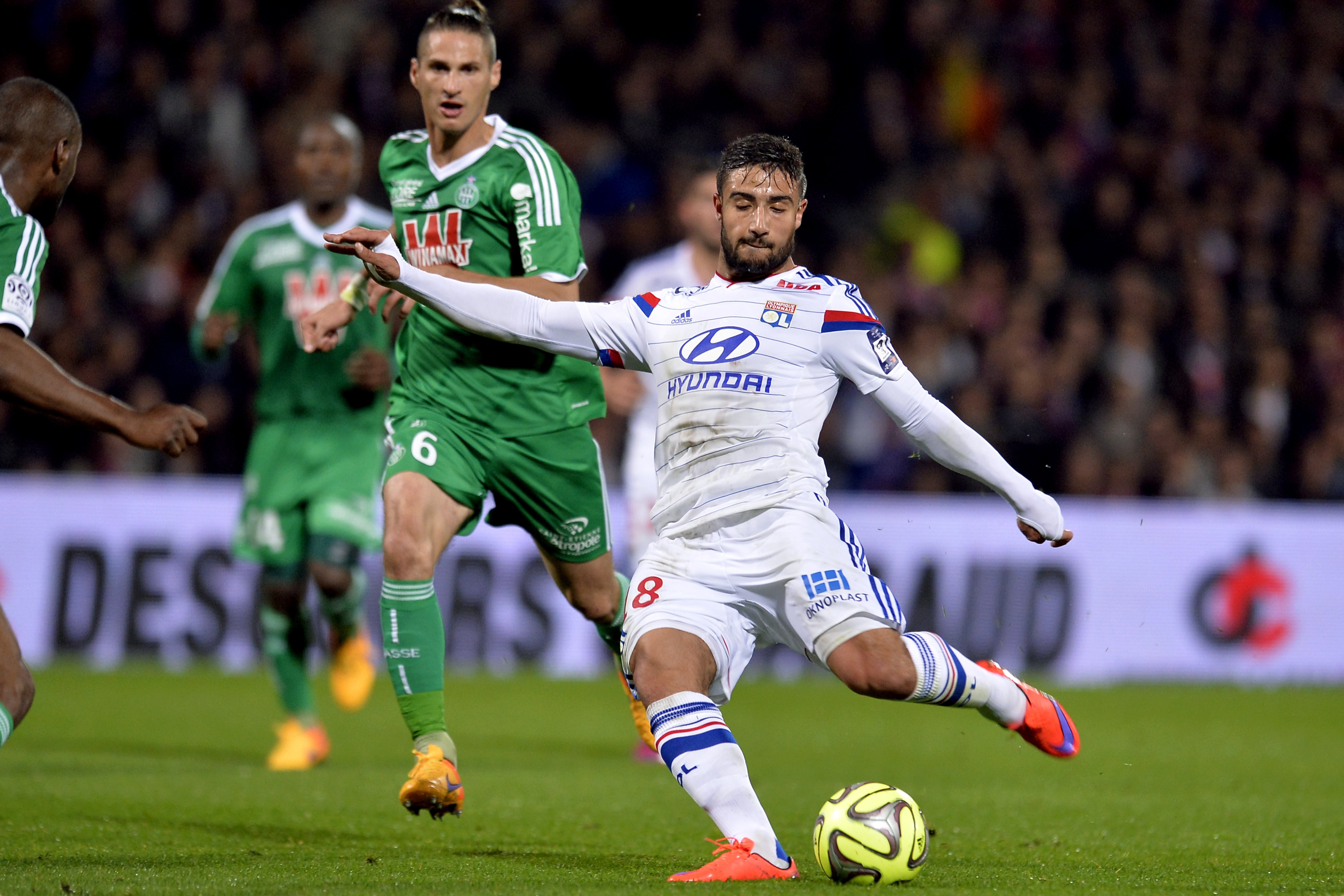 It has been a dream season so far for Olympique Lyonnais.  The French side seem likely to miss out on league glory, but nonetheless, they have had a great campaign. Much of Lyon’s success has to go down to Nabil Fekir.

– On a recent national team call up?: yes

Nabil Fekir spent his youth career venturing around France.  The French-born Algerian finally settled at Olympique Lyonnais in 2011, after playing for 5 other youth teams.  The Stade Gerland side then realized Fekir’s great potential, and promoted him to the senior team at the start of the 2013-14 season Lyon (first team) 2013/14 Nabil Fekir was called up to the Lyon squad for the trip to Zurich to take on Grasshoppers in the UEFA Champions League third qualifying round.  Fekir was an unused substitute, but he made his first team debut on August 28, 2013, against Real Sociedad in the Champions League play offs.  Lyon lost 2-0.  The Frenchman made his first Ligue 1 appearance 3 days later in Lyon’s 2-1 loss against Evian.  Fekir scored his first goal and got his first assist against Bastia on April 27, 2014. Nabil Fekir gained much needed experience during the 2013/14 season, which would help him sparkle in the following campaign.

Nabil Fekir came into the 2014-15 season in confident mood.  However, in Lyon’s first match at home against Rennes, Fekir injured his shoulder and had to be taken off.  The French attacking midfielder would miss Lyon’s next 3 league matches.  The club suffered without the mercurial attacker, as they lost 3 games in a row, and got eliminated from the Europa League.  Fekir returned for Lyon’s match against Monaco, and scored a goal to mark his comeback from injury.  Nabil Fekir’s great form continued, as the Frenchman scored 2 goals against Lorient in late September.  Fekir’s best match in a Lyon shirt came against Bordeaux in late December 2014.  The Frenchman took on his man time and time again, scored, and set 2 goals up in Lyon’s 5-0 victory.  Fekir’s fine form has continued throughout the season, and although PSG only need 1 point in their next 2 games to win the league, Nabil Fekir has lit up Ligue 1 by scoring 14 goals, and setting up 9 thus far.

Nabil Fekir is a beast. Literally.  Nabil Fekir enjoys taking on his man due to his great pace, skill, and strength.  The Lyon attacker completes 3 dribbles per match.  Fekir draws a lot of fouls, and his deadly left foot makes him a set-piece threat.  The Franco-Algerian also has great vision.  Fekir completed 1.5 key passes per game according to WhoScored.com. Fekir also takes 2-3 shots per game, and his shot is deadly.  Some of Fekir’s weak points are his aerial strength, and defensive involvement.  Overall, Fekir possesses some fantastic qualities at the age of 21.

Inter will have to face a lot of competition to sign Nabil Fekir.  Arsenal and Paris St. Germain are believed to be interested in signing the youngster, although PSG coach Laurent Blanc played down rumors involving Fekir and Lacazzette. However, Fekir’s heart is currently in Lyon, and the club president Aulas has stated that he wants Fekir to stay at the club, and an offer of 20 million euros would not take the attacker away from the Stade Gerland.  If Inter are indeed to sign Fekir, they will have to show Aulas the cash

Fekir is a must-buy for me.  In fact, I see Nabil Fekir on the same level as Paulo Dybala.  This season, Fekir has scored 14 goals and has set up 9 in 37 appearances.  Dybala has scored 13 goals and has assisted 10. Fekir’s potential is massive too, and Inter should turn their full attention to the Frenchman.  It would only be logical to spend the money Thohir offered Zamparnini (25-30million euros) for Dybala on Fekir.

What do you guys think of Nabil Fekir? Is he better than Paulo Dybala? Is he the next big French thing?