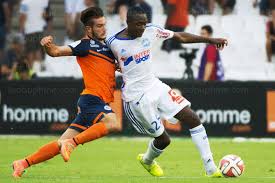 There has been a lot of talk about Marseille midfielder Gianelli Imbula in recent days. Today, the player’s agent, who is also his father, Willy Ndagi, spoke to Telefoot about his son’s future:

“My son is a young player, and he would not be Inter’s only purchase.  They [Inter] need great players to get stronger. He [Imbula] expects to play with experienced players, so he can become like Pogba, who had Pirlo, Buffon, and also Evra on his side.”

“We like Serie A, and I actually named my son Gianelli because I am such a big fan of Italian football.  Inter is a great club, and it would be a dream for him to join them, but first, the two clubs must reach an agreement.  The player’s destination will be decided after”