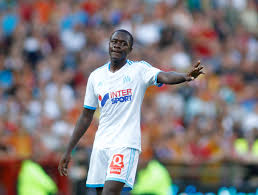 Marseille midfielder Gianelli Imbula was very close to Valencia only a couple of days ago. The Spanish side signed Brazilian midfielder Rodrigo Caio for 12 million euros from Sao Paolo.  Marca reports that this move caused controversy within the Valencia camp.  President Amadeo Salvo and sporting director Francisco Rufete just found out about the deal to sign the Brazilian midfielder. The technical staff was mainly focusing on signing Gianelli Imbula, but coach Nuno Santo has stated that he prefers Caio.  The paper states that the current Marseille player’s behavior is an issue to the Spanish side.  Caio is also seen as a more versatile player than Imbula.  Now, Valencia have pulled out of the race, leaving Inter as the only club desperately vying for the Belgian’s signature.