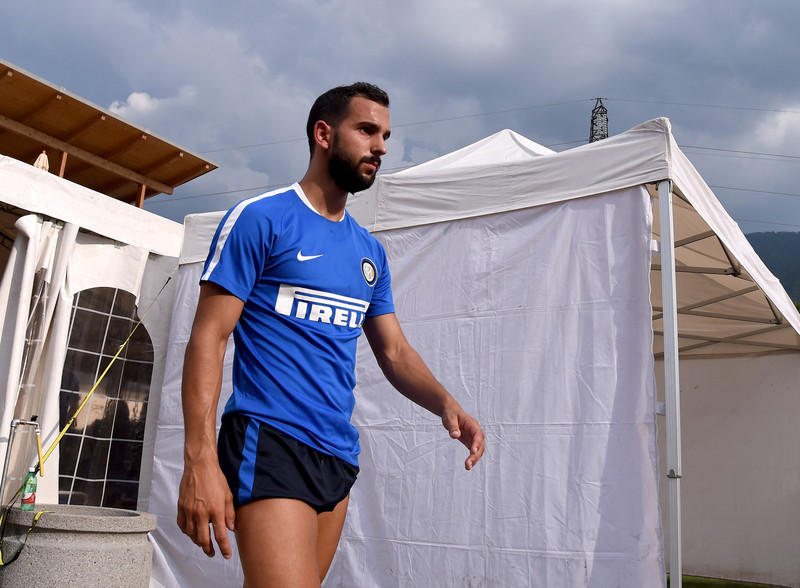 Martin Montoya has today been unveiled to the press as the newest addition to the Nerazzurri squad in a conference at Inter’s pre season training camp in Brunico.

Inter general manager Marco Fassone had this to say as he introduced the Spaniard to the media:

“Welcome everyone. As a club we’re very happy that he’s chosen to wear the Nerazzurri shirt. We’ve been following him for some years and I’d like to thank Barcelona for granting the lad’s wish to come to Milan and play for Inter.”

The ex Barcelona player then took to the microphone for his first words as an Inter player:

“It was a bit difficult to leave Barcelona because it’s been my home for 15 years. But I’m convinced I’ve made the right decision and I’m happy here. I want to play as much as possible in the Nerazzurri jersey. I didn’t get so much playing time for Barcelona last year and wasn’t happy about it.”

Are you confident that you can make the transition from La Liga to Serie A?

“I don’t think playing in Milan with Inter is so different from La Liga. There is a bigger focus on tactics in Italy but I think we’ll be playing an attacking brand of football, like in Spain. I aspire to be like Maicon and Dani Alves, quick, powerful players. I’m very offensive and like that style.”

What do you think about news speculation saying that you would rather of stayed at Barcelona?

“Those people are mistaken. I’m very happy to be an Inter player and see myself here for a long time. I’m not worried about the competition, there were a lot of full backs at Barcelona too. I trust that the coach will take a view of training and matches and choose what’s best for Inter.”

How have your first few days went with your new team mates?

“They’ve all been really nice to me and I can obviously speak Spanish with the Argentine players. There’s no problem though, I’ll learn Italian quickly and it’ll be easy to communicate with everyone.”

Finally, have you decided which number to wear?