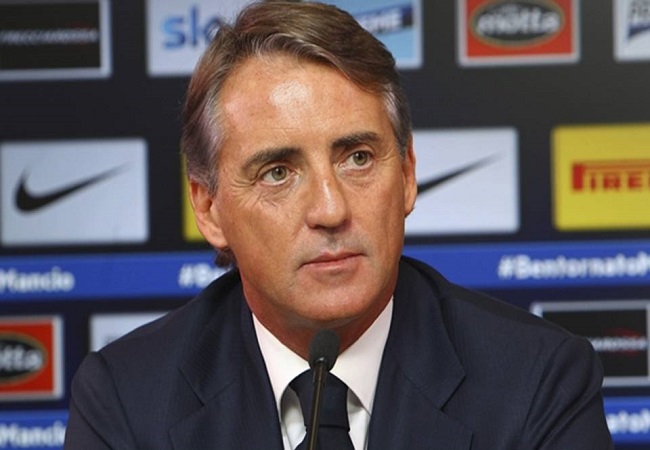 Roberto Mancini met the press ahead of tomorrow’s Serie A fixture against Chievo Verona at the Stadio Marc’Antonio Bentegodi in Verona, kick-off scheduled for 12.30 CET.

Were you surprised by Fassone’s exit?

“I’d like to thank Marco for his help and support, he’s always been there just like all the directors. I wish him all the best for the future but right now we’re focused on tomorrow’s match.”

How important is it to defend the first place in the league?

“It’s very important and we want to continue winning. However, we are very aware that it wont be easy, playing against Chievo is always complicated.”

Were you surprised by the timing of Fassone’s exit?

“Again, I repeat that I wish him the best.”

If we turn to the field, are you concerned that the mistakes made in the past could be repeated again?

“I don’t know, we’ll see. We’re thinking about tomorrow’s match that will be very difficult. They are at full strength and we’re playing at 12.30 which is a new time to play for us .”

Are you and Mihajlovic still firends? Would you like to imitate him giving the starting line-up?

“He is more secure than me (laughs).”

How do you plan on handling the group after these victories? Is it better not to change?

“We will find the best solution but even if we have to change something the team won’t be affected. Everyone is good and we have no problems.”

“We will see, tomorrow we will decide. I’m not able to answer this right now, we will see if we can recover Juan and Miranda too.”

Can Fassone’s exit disturb the group?

“No, it can’t happen. We are busy with other things and we have to do our best on the pitch.”

Will the team’s objectives become clearer after the Fiorentina match?

“I think you need to play at least 10 matches before you understand who’s fighting for the Scudetto. As always this is how the schedule looks like. Teams like Juventus and Milan are used to going on winning streaks and so I’m sure they will return to the top.”

“That could be an option.”

With Fassone now having left the club, does this mean that you will have more power?

What is Miranda and Juan Jesus physical status? Are you annoyed by Brazil?

“Miranda is working but the knee is a delicate area so you don’t want to risk it too much. We will see. We will also decide later today regarding Juan Jesus. Regarding Brazil, of course they have their own interests so they will want to call their players. They would however call to find out the status of Miranda.”

In what role will you play Perisic?

“I played him behind the strikers against Milan because I didn’t want to change formation. Then we are aware that he is better when he plays on the wing, left or right doesn’t matter, but he can be played in different positions without any problems.”

Going forward, where do you think Brozovic should play? As a trequartista or more as a central midfielder?

“I think of him more as a central midfielder.”

Can Kondogbia play in a more advanced role similar to the one Yaya Touré played in the past?

“He’s still very young, maybe in the future he can play in a more advanced role. Yaya had a lot fo experience at the time when I was there, but Geoffrey can replicate that in the future. Indeed, he would be devastating in that role but he can also play deeper. It takes time.”

What do you think about the stadium issue? What are Inter’s hopes?

“The only thing I hope for as an Italian is that all teams own their own stadium, as is the case in England. We are behind in Italy. There’s no doubt that owning your stadium is the best option.”