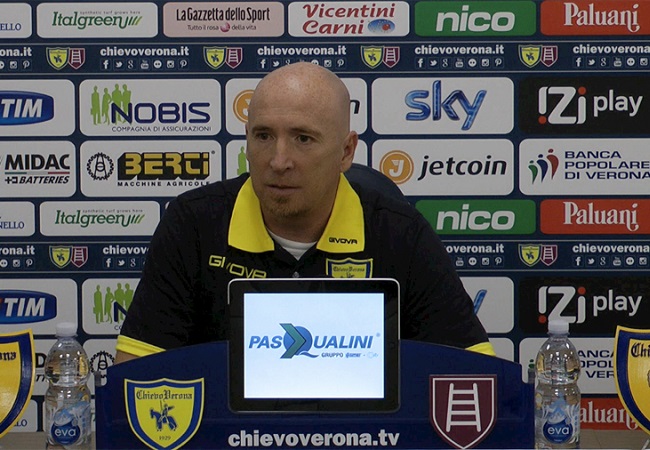 Chievo Verona’s great start to the season came to an end at home with the 0-1 defeat against Inter which prevents the team from increasing their point total from the current 7 in the standings. At Stadio Marcantonio Bentegodi Rolando Maran’s team lost against Inter, who got the upper hand thanks to a goal from Mauro Icardi. As his colleague at Inter, the coach of Chievo also went to the press room to analyze the 90 minutes that just finished.

Do you believe that the match was even?
“We grew in the ball-possession, we played in attack and we conceded very little. I don’t remember saves made by Bizzarri, our performance was there. I’m very sorry about the result, especially when you play against the big teams.”

Inter was limited: was this your objective?
“I didn’t want to let them play, then we moved well and Inter were limited. I think we lost undeservedly.”

Mancini complimented your team: are you growing?
“Our job is to give the results, and I think you are seeing it on the pitch. We are on the right path.”

What happened when you were sent off?
“I’m angry for an elbow that the referee didn’t sanction, but at that moment I wanted a foul.”

Do you think that Chievo at the end of the match got a little tired?
“Yes, it is true. Our performance also dropped due to the heat, we had to run a lot and it is normal that we had to pay in the end.”