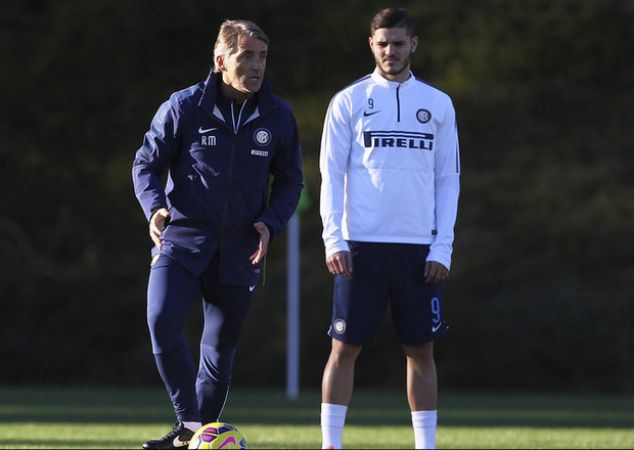 Mancini was first up to speak:

“It’s a run of important victories. We won on a difficult pitch, we work with calmness and we hope to continue doing well.”

It was then match winner Mauro Icardi’s turn to speak after scoring his first goal of the season:

“There’s always excitement for the captain’s armband, but last week in the Derby it was even more so.”

“The goal? I was calm, I knew it would come sooner or later.”

“The club has changed a lot, they have invested a lot leading to nine or ten new players. We have changed everything and now there is everything to open a new cycle and we should do well.”