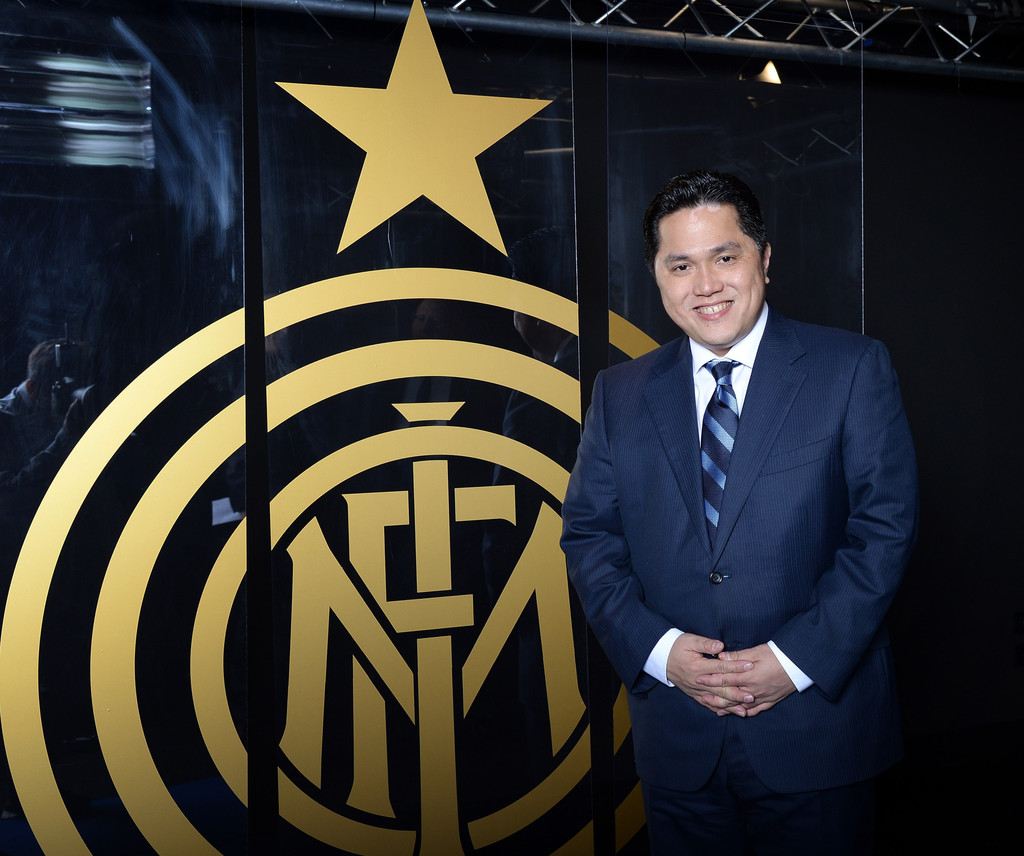 Inter president Erick Thohir has been speaking in a long interview to Sky Sport 24 about the meeting of the board of directors that took place last Friday.

“I’ve read lots of stories about this issue. First of all, I don’t understand where the figure has come from. It will be interesting when the correct figure is made official at the shareholders’ meeting in a month’s time.”

“I believe that our EBITDA (the index of profitability) is getting more and more positive. If this is happening it means that the business is improving and that’s what Moratti and I want, because we always need to find a balance between the sporting and financial areas of the club.”

“The television revenue here is good, but unfortunately it’s still a long way off what happens in England. We need to improve and create greater visibility for the whole of Serie A in both Asia and the United States. But we’re Inter so we can’t wait. That’s why we have a new Chief Revenue Officer in Michael Gandler, while we also have a new commercial office in Asia.”

“It’s interesting what’s happening in the United States, where we have another office. Our revenue has increased by 10 million. Ticket sales are also excellent. I truly believe we have built a strong management team.”

The club’s partnership with Pirelli:

“We have a good relationship and speak often. Tronchetti Provera said some important things and I thank him for that because as partners we have to be sure that the team is going to be successful. We’re discussing things and our people will meet, so we’ll see, but we hope to reach a positive solution.”

“I’ve always respected him and know he went to great efforts here, but in football and in business people come and go. I’ve chosen what’s best for the club at this moment in time. It wasn’t easy, but we need to be sure that the team is working hard together every day. We can’t rely on one individual. For example, I want to say that if we win, it’s not down to me as president, but rather all those who represent the team on the field and off of it. But if Inter lose, in that case the responsibility is mine.”

“We have our structure. I talked to Ausilio and Mancini and they understood. We have a strategy to work together as a team. The only number one is Bolingbroke as CEO. We’re evaluating things, we could bring new people in or develop the people we have.”

“We’ve been talking about this for a year now. It’s positive for the Italian economy and the Milanese economy. We view only San Siro as our home, that’s why we want to invest. We’re ready! I can’t comment on what happened to AC Milan because we’ve simply read the story like everyone else. Our management team will meet theirs and we will discover what they want. I have respect for Barbara and Galliani, we are both unique clubs. That’s why we want to listen to what they have to say, but then the decision is up to them. We want to have our own home, the fans want their own home and we’re very serious about that, and we have been for a year now. I don’t know Bee Taechaubol but it would be good to meet him, especially if he becomes the new owner.”

Finally Thohir looked back on his presidency which is approaching the 2 year mark:

“They’ve opened the window in terms of the matches. Three matches on a Saturday afternoon, for example. It’s good, but it’s not sufficient – it’s not enough. They still need to improve a lot. I think that Serie A needs to develop its brand and expand into Asia and the USA. Serie A is the second most popular league in some countries. I’m sure Serie A doesn’t want to go to sleep and wait to become the third or fourth most popular league.”

“As for the Sunday night game, I don’t know. We need to look at the dates and analyse if the number of people going to the stadium increases, stays the same or goes down. I’m not complaining, I’m happy but at the same time I want Serie A to be more aggressive. As presidents we can’t attack each other, we’re in the same boat. We represent our clubs so must show each other respect. When other presidents speak about me, I don’t respond because criticism makes me stronger and the Lega should protect club owners. A case like Parma should never happen again in Serie A. We don’t want to see another case like that and Serie A needs to ensure that.”