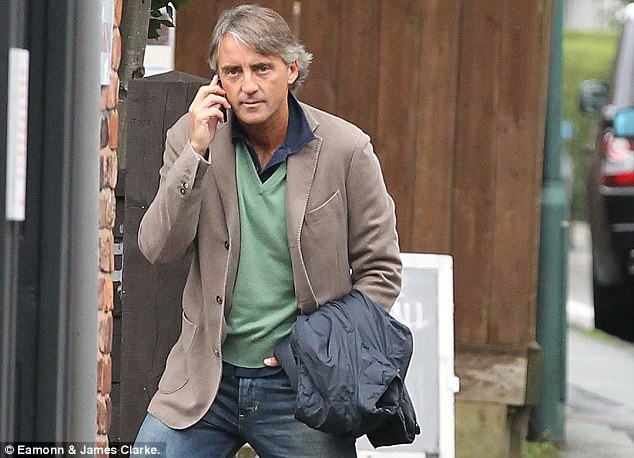 With the January transfer market two months away, there is already talk about where Inter need to reinforce the squad. The Nerazzurri are believed to be in search of a winger, and numerous names are being linked with the club. I will be comparing all of Inter’s targets as well as providing my opinion on what the best option is.

Sofiane Feghouli has been a staple in the Valencia team for the past three seasons. The Algerian winger’s pace and trickery has helped him snatch 3 goals and 2 assists so far this season. Feghouli is fantastic in 1 v 1 situations and dribbling with the ball. The Algerian international plays primarily on the right side of the pitch and creates a lot of chances through his accurate crossing. The Valencia player’s contract expires at the end of the season. The Spanish side are eager to extend Feghouli’s contract, however the player is expected to leave either in January, or at the end of the season. Inter could try to sign Feghouli for a cheap fee this January, or wait until the end of the season to sign him for free. Chelsea and Manchester United are believed to be ready to rival Inter for the Algerian’s services.  Feghouli would be a fantastic signing because he is a proven winger who is heading into the prime of his career (turning 26 years old this December).  The Algerian could be a great addition to Inter’s attack.

Dinamo Zagreb are known for producing fantastic young talents. Inter bought Mateo Kovacic and Marcelo Brozovic from the Croatian side.  The former was sold for a massive transfer fee, while the latter is proving to be an important part of Inter’s midfield. Marko Pjaca is touted to be the next big thing in Croatia. The 20 year old has 3 goals and 3 assists so far this year. Pjaca is a pacy winger with a deadly right foot. The Dinamo player also has a solid build and holds up the ball well. Inter are interested in Pjaca, but Dinamo have stated that they will only sell their star player if they receive a big offer. Pjaca is a lot more effective on the left-wing due to his ability to cut inside and create chances. There has not been a lot of talk about Pjaca’s suitors, but Inter will have to present the Croatian side with a good offer to sign the 20 year old.

Inter have been linked with Dries Mertens for months now.  The Nerazzurri’s relationship with Napoli could make any piece of business involving the two clubs very unlikely. However, Inter might make a move for Mertens this January. The Belgian is a proven Serie A player, but has fallen down the pecking order under Maurizio Sarri. Lorenzo Insigne’s brilliant performances have pushed Mertens out of the spotlight. So far this season the Belgian has scored 3 goals and set up 1. When it comes to negotiating with Napoli, Inter will always be up against it as Aurelio De Laurentis has stated that he does not want to strengthen any direct rivals in the middle of the season. Perhaps Inter could use a technical counterpart in a deal. Dries Mertens would be a good signing due to his international and Serie A experience in addition to his undeniable quality.

Dries Mertens, Sofiane Feghouli and Marko Pjaca would all bring quality to Inter’s attack. In my opinion Inter should chose to not pursue Mertens due to Napoli’s demands and the player’s age (turning 29 in 2016). Sofiane Feghouli and Marko Pjaca are both great options for Piero Ausilio. Feghouli has experience in the Champions League and La Liga. Pjaca is 5 years younger than Feghouli, but is yet to prove himself in a top European League (with all due respect to the Croatian League). I would say that Feghouli is the best option for Inter due to the fact that his contract expires at the end of the season and Inter could sign him for cheap this winter. The Algerian international is also a proven and quality player that can take Inter’s attack to the next level.