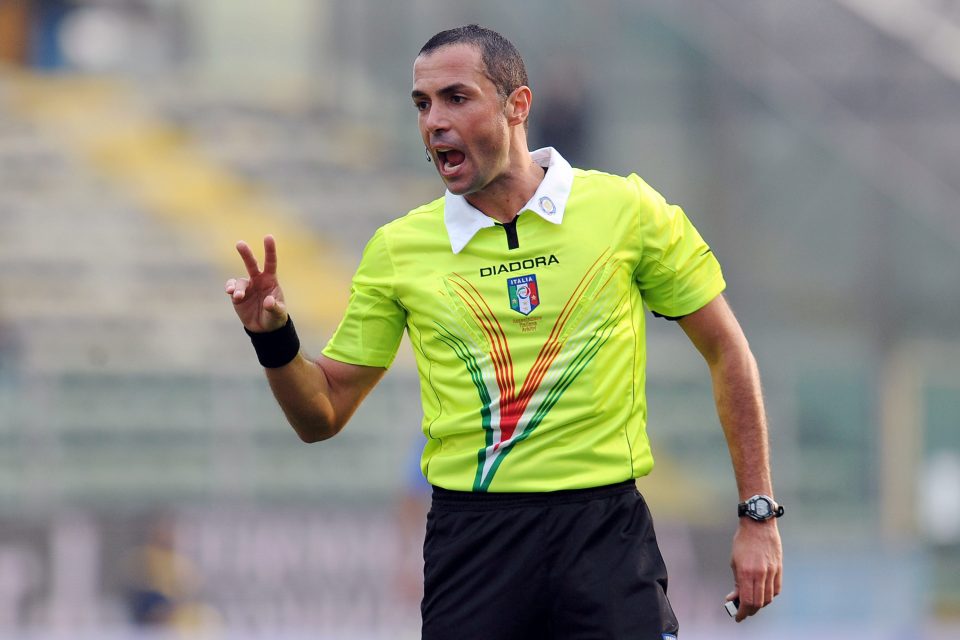 The Lega Serie A have announced today that Marco Guida has been appointed to referee Inter’s game against Frosinone at the San Siro on Sunday 22 November (kick off 20:45 CET) in matchday 13 of the 2015/16 Serie A season.

Guida’s assistants will be Marrazzo and Tasso with Vivenzi named as fourth official. Fabri and La Penna complete the team of officials as additional assistants.