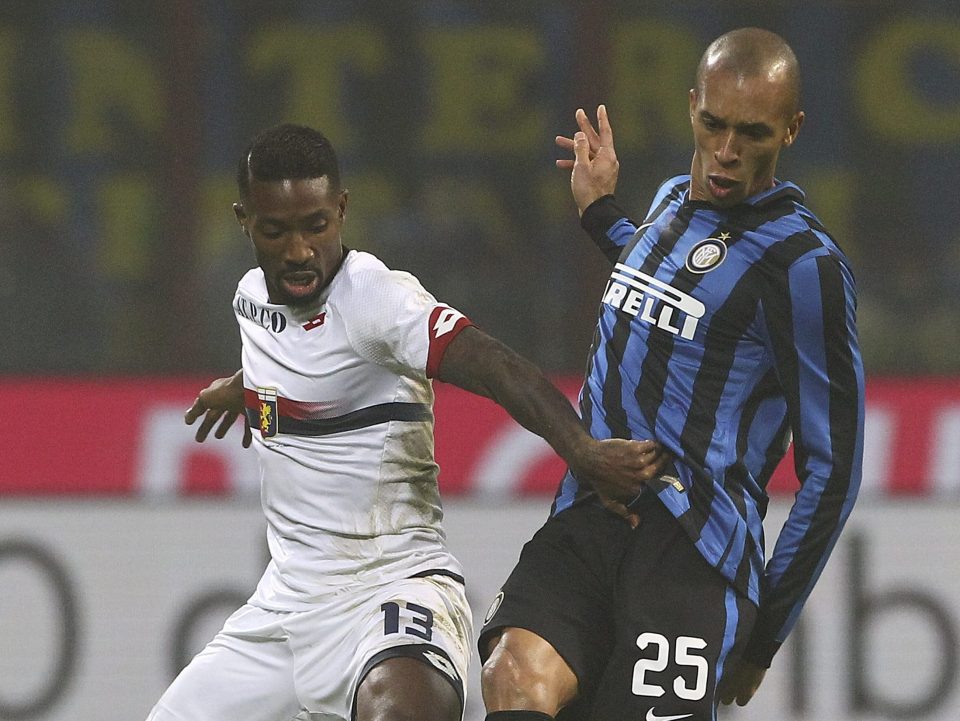 Joäo Miranda, Inter’s defenseive leader also stopped to chat in the mixed zone after the win. First to Sky:

“You win the games above all through the job you put in during the week. My relationship with Murillo? He is a great defender, but the whole team helps us. Starting with the work from the strikers like Palacio and Ljajic who even though they are class players sacrifice themselves defensively.”

“We have a great solidity in defense because the striker is the first defender, everybody help out. The serie a is a championship of a high level, very difficult to play in. You need to be concentrated every game.”

How much is lacking for Inter to become a winning team?

“There are eleven new players, but who are playing with great intensity. We are growing little by little.”