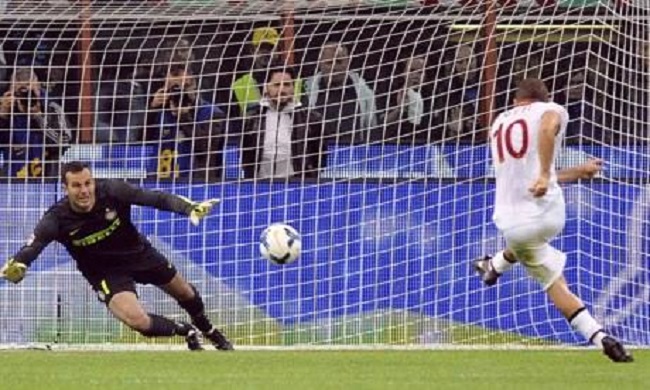 The Giallorossi legend Francesco Totti revealed his personal favorite goals. One of which was against an Inter Side.

Speaking to Roma’s official homepage, Giallorossi legend and captain Francesco Totti confirmed that the lob chip goal he scored against Inter at the San Siro which beat Julio Cesar in the Serie A match between Inter & Roma on October 26th 2005 is among his top 3 most beautiful goals he’s ever scored in his career.

“My left-footed volley against Sampdoria and the two lobs against Lazio and Inter are my 3 favorite goals, but there are others too that I like…” Er Pupone said.