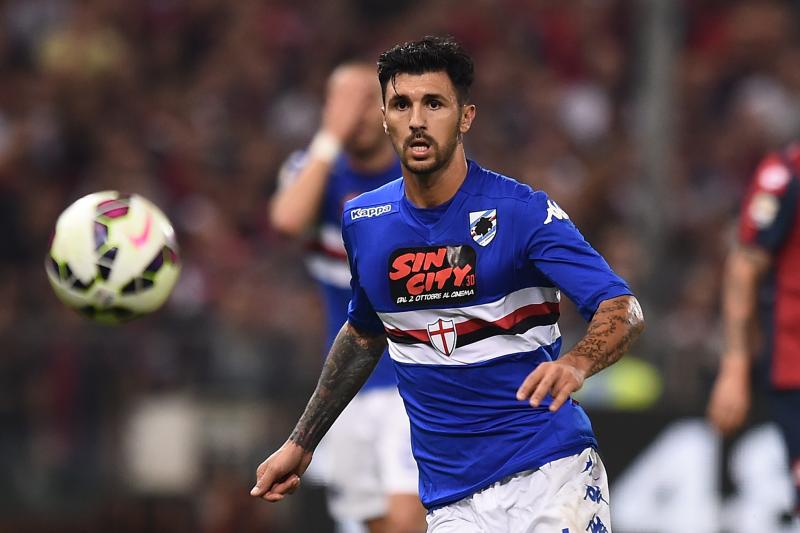 It seems as if Inter have made Sampdoria midfielder Roberto Soriano at the top of their wishlist for the January transfer window. Should Fredy Guarin move to China, it seems probable that Soriano will join Inter as there are ongoing talks between the clubs. Today I will be analyzing Roberto Soriano’s performances, as well as giving my insight on how the Italian international can help the Nerazzurri

Sampdoria had a fantastic season under Sinisa Mihajlovic last season. The Genovese club finished 11 points higher than the season before, and even achieved a high point tally than Inter. This was thanks to an attractive and solid style of play. Roberto Soriano was arguably Sampdoria’s best player last season along with Eder. Soriano’s consistent and bright performances caught the eye of Antonio Conte, as he debuted for Italy against Croatia in September of 2014. Soriano scored 4 goals and assisted 2 last season, but his box to box work rate and creativity made a huge impact for Sampdoria.

Roberto Soriano has truly taken a step up from last season. In a struggling Sampdoria team, the midfielder has scored 6 goals and set up 4.  This season he has averaged 38 (Whoscored) passes a game. In the match against Inter Soriano proved to be a constant threat. His surging runs from midfield and vision caused Inter problems. Throughout this campaign Roberto Soriano has really stepped up during a difficult period for his club. His leadership and quality make a big difference

How he would fit at Inter

Roberto Mancini has used rather unorthodox methods to get Inter to where they currently are.  It is pretty obvious that this team lacks creativity, and a midfielder who can distribute the ball well. Gary Medel does not provide the team with much creativity, as his role is more of a ball-winners’. Geoffrey Kondogbia is yet to live up to his 35 million euro pricetag, however he is showing signs of improvement. Marcelo Brozovic hit a great run of form towards the end of 2015, but now he is struggling to express himself. Right now Inter have quality midfielders, but Soriano would add that extra element. The Italian’s pace, vision, and work-rate would be a major bonus for any team to have. Soriano’s arrival could prevent Inter’s attackers from dropping so deep to receive possession due to the fact that he distributes the ball so well. Overall, Roberto Soriano would be an excellent signing for Inter, and hopefully Ausilio can strike a deal!