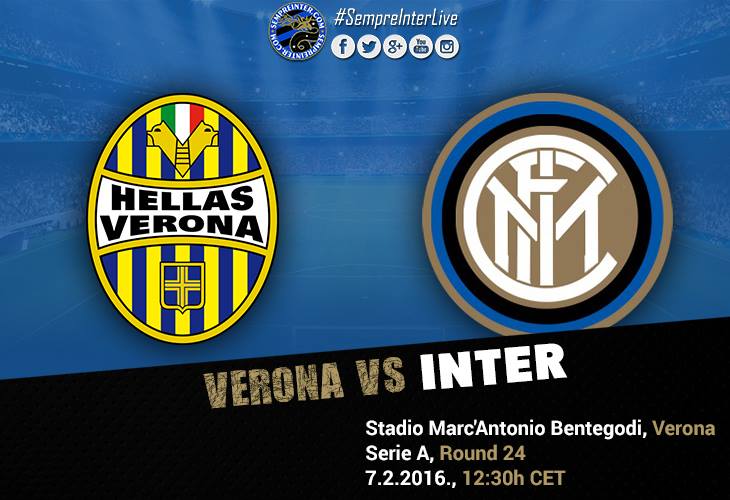 Inter come into this game on the back of a morale boosting 1-0 win against Chievo in midweek with Mauro Icardi’s 50th goal in Serie A proving enough as Inter wasted countless chances and were stopped by yet another world class performance from a visiting goalkeeper to the San Siro this season.

It was a big step forward mentally for Inter as they had conceded late in recent matches but it wasn’t comfortable watching in the final minutes as the Nerazzurri looked visibly panicked as Chievo attacked but they did enough in the end to see the game out.

All in all it was a much improved performance all over the pitch with notable performances from Icardi, Eder, Palacio, Kondogbia, Telles and even Nagatomo who was unlucky not to get an assist after his best cross of the season to Icardi who hit the bar.

It was an important step to stop the recent slump Inter have been in since coming back after the Winter break and now it is important for Mancini’s side to back up that win against Chievo with another win here over Hellas.

Inter continue to sit in fourth place in the Serie A table, one point behind third placed Fiorentina after the Viola’s last minute victory in midweek against Carpi(2-1).

Luigi Delneri’s Hellas come into this game on the back of their first win of the season in midweek against 10-man Atalanta(2-1) but they will know that they will need more than that win to save themselves from relegation.

A major factor in Hellas’s form this season has been injuries unfortunately with ex coach Andrea Mandorlini paying the price after being sacked in December. He was without last season’s joint capo-cannoniere Luca Toni for a large part of the beginning of the season.

However since Delneri came in on 1 December 2015 the Veronese have been beaten three times and have drew five times and are currently unbeaten in their last four games (3 draws, 1 win) thanks to the form of ex Inter striker Giampaolo Pazzini who has scored three goals in his last four matches.

Hellas will have their work cut out for them though in terms of saving themselves with the club bottom of the Serie A table and 10 points from safety.

Roberto Mancini returns to the bench after serving a one match suspension in midweek.

Samir Handanovic starts in goal with Yuto Nagatomo favoured over Danilo D’Ambrosio at right back. In central defence Joao Miranda is suspended for this game so Juan Jesus is expected to start alongside Jeison Murillo with Alex Telles expected to keep his place at left back after a good performance in midweek.

In a three man midfield one of Felipe Melo or Gary Medel is expected to start alongside Marcelo Brozovic and Geoffrey Kondogbia with the Chilean favoured.

The front three is expected to be made up of Eder on the right, captain Mauro Icardi in the central striking role with one of Adem Ljajic or Ivan Perisic on the left with the Croatian favoured.

Inter have faced Hellas at the Stadio Bentigodi in the Serie A records on 33 occasions with the Nerazzurri leading the stats with 18 wins to Hellas’s 6 wins with 9 matches drawn.

In the overall Serie A records (home & away), Inter continue to lead the stats with 40 wins to Hellas’s 6 wins with 21 of the 67 matches between the sides drawn.

In the earlier meeting between the sides this season on 23 September 2015 at the San Siro, Inter won 1-0 thanks to a Felipe Melo header.

In last season’s corresponding fixture between the sides at the Stadio Bentigodi on 11 April 2015, Inter won 0-3 with goals from Icardi, Palacio and a Moras own goal.

Hellas Verona’s last win against Inter in Serie A came at the Bentigodi on 9 February 1992 when the Veronese won 1-0 thanks to a goal from Ezio Rossi.

Player to Watch: Mauro Icardi – Against Chievo in midweek ‘Maurito’ showed glimpses of the form that he had last season and after scoring his 50th goal in Serie A the Argentine set a record for the youngest foreign player to reach 50 goals in the Italian top flight.

Author’s Note: This is a game Inter should be winning without a doubt if they are to prove that their slump from January has ended. It won’t be easy despite Hellas’s league position as the Veronese have some confidence after four matches unbeaten but I do expect Inter to score more than one goal this time round.