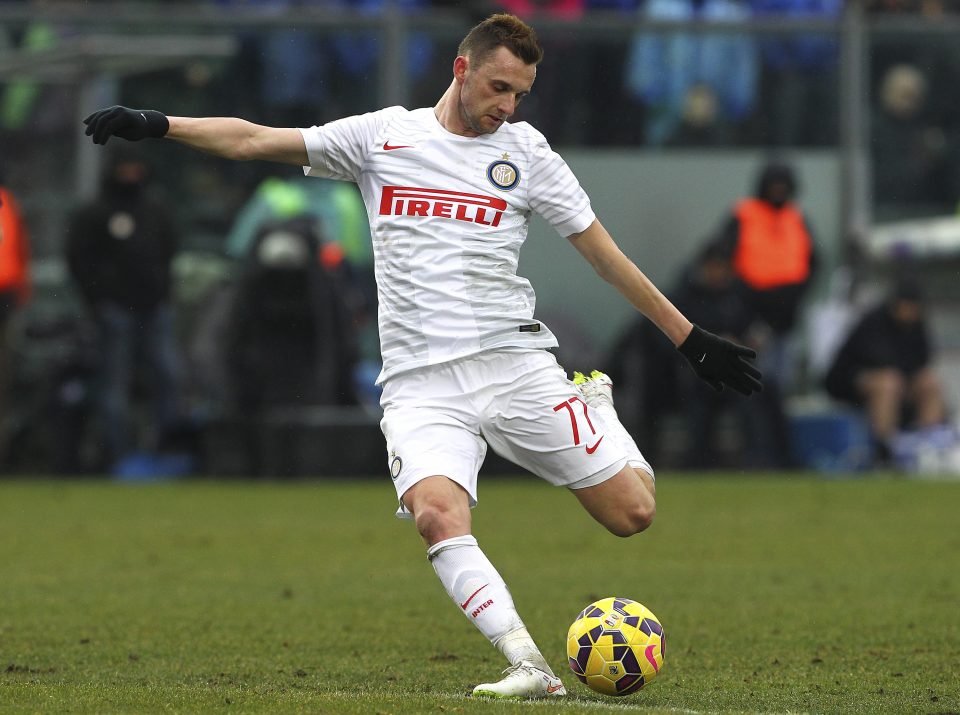 Roberto Mancini has a couple of doubts, but in general his 4-2-3-1 for tomorrow is ready against Frosinone. La Gazzetta dello Sport writes that Juan Jesus will replace Miranda (suspended) and will team up with Jeison Murillo. Santon is said to be preferred over Telles on suspended Nagatomo’s position. Then there is the doubt, will Brozovic play in midfield with Medel or as a trequartista? Brozovic’s position will depend on whether Kondogbia and Ljajic will play, Eder is expected to start.

Probable Inter according to la Gazzetta: