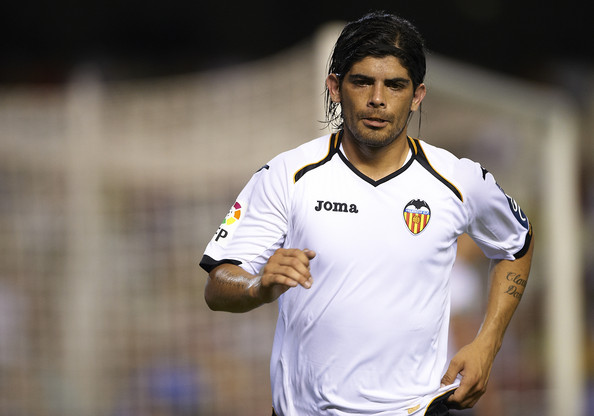 Ever Banega is what Inter has needed for quite some time. Yes, we’ve needed an attacking midfielder, but what I find most important about signing Banega is that he is a winner. He didn’t have a good season at some mid table team like Schelotto, he came from back to back Europa League Champions, Sevilla. Not to mention he has also won: a gold medal with Argentina in the 2008 Summer Olympics, Copa Del Rey with Valencia, and Copa Libertadores with Boca Juniors. Inter has had a habit of signing mediocre players to fill high expectations. As we have seen the past five seasons or so, it has not worked well. Blame the money, the management, the coach… in the end, it didn’t work out for us.

As I said earlier, Banega primarily plays attacking midfield. This complicates things because in almost every Inter squad under Mancini, the attacking mid isn’t present as he prefers defensive mids. Banega can also play as a deep lying midfielder if that’s the route Mancini wants to go.

Banega will finally add a new dimension to our midfield with the traits he possesses. Rather than the defensive minded, square or backwards pass approach from from players like Medel and Melo; or the overly inconsistent Brozovic, Banega has a great amount of experience to bring to our midfield. He has the attacking mindset which is what the midfield has been in need of. He has the vision to play key through balls, change the point of attack with purpose, beat defenders 1v1 and can score goals (see 2013 ICC tournament). The last player who had traits like these was Wesley Sneijder.

This signing is a step in the right direction. We know Mancini loves three things now:left backs, defensive midfielders and Argentinians. Luckily enough, Banega fits one of the categories.