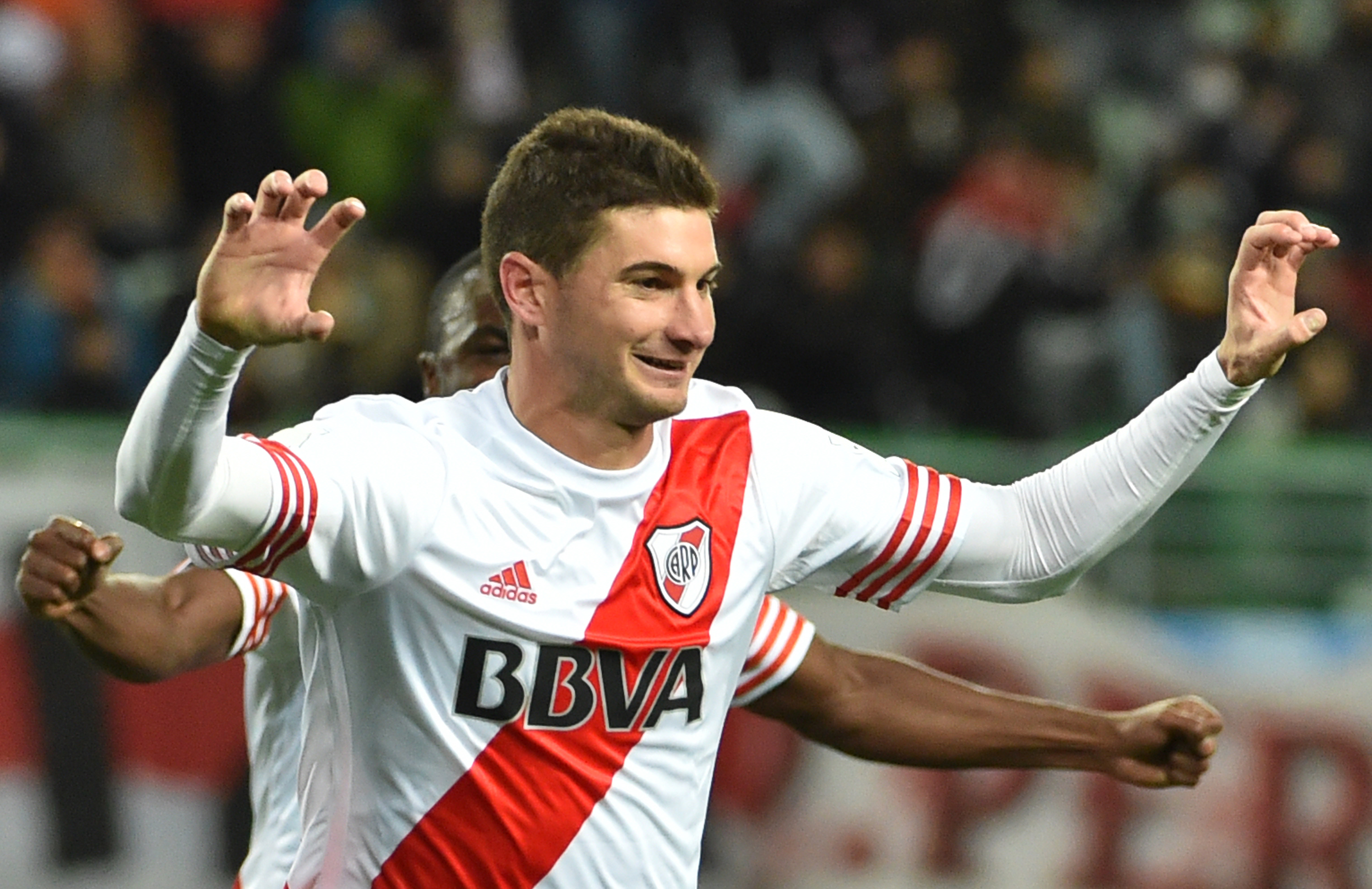 Argentine forward Lucas Alario has been repeatedly linked with a move to Inter for some time now. But is he ready to take such a significant step and is he the right fit for the Nerazzurri? Surely, the 23-year-old has proved himself capable of handling one of the highest-pressure environments in football whilst plying his trade for River Plate.

He is indeed a man for the big occasion, as the former CA Colón hitman became a pivotal part of Los Millonarios’ Copa Libertadores-winning team last year. The centre-forward played vital roles in setting up two semi-final first leg goals before scoring his first in a River shirt which secured his side’s place in the final versus Tigres UANL. Moreover, Alario sent El Monumental into raptures as he netted an outstanding header which opened the scoring in the second leg of the final on River’s home turf.

Alario possesses an impressive goal-scoring record since his move to El Mas Grande, which cost the Buenos Aires giants just short of €2m. He averaged almost exactly a goal every two games during his first year carrying such significant expectations on his shoulders.

Despite not being the tallest by any means, the Tostado native is physically strong and is a very intelligent off-the-ball runner. This know-how compensates for the fact he lacks a blistering turn of pace. Comfortable applying the finishing touch both left and right-footed, he has the requisite attributes to be a prolific goalscorer in a top European league.

Previously linked with Jürgen Klopp’s Liverpool, Alario inevitably drew comparisons with the German coach’s former protégé Robert Lewandowski. Given the notable similarities in the physical characteristics of both frontmen, as well as their respective goal-scoring records, these comparisons are not too far wide of the mark.

Tactically speaking Alario is flexible and, given his in-game understanding, would have no problems adapting to the rigours of Serie A. River Plate coach Marcelo Gallardo often deployed him in tandem with another forward – normally in a 4-2-2-2 or a narrower 4-3-1-2. Though Alario has little experience of leading the line on his own, the intelligence of his movement as well as his physical strength means he would thrive in doing so. Roberto Mancini’s tendency to deploy a lone-centre-forward in a 4-2-3-1 system would require the Argentine to prove this on a consistent basis.

Lucas Alario is an archetypal modern-day centre forward who is destined to play for a prestigious European side before long. His superb reading of the game within the attacking third of the pitch makes him an asset many clubs would love to have. Hence it is no surprise there is strong competition to secure his services – Liverpool and Borussia Dortmund as well as Portuguese duo Benfica and Sporting CP have all been linked with Alario in recent months. Along with former Boca Juniors forward and reported fellow Inter target Jonathan Calleri, he is widely viewed as being a potentially ideal replacement for Mauro Icardi should the captain be sold this summer.

Whilst River Plate had previously put a block on potential transfer talks until this summer, it now seems they could be ready to negotiate. Recent reports suggest Inter vice-president Javier Zanetti will travel to his native Argentina to present Rodolfo D’Onofrio’s club with an offer between €10-15m. The player’s release clause is €15m but the Nerazzurri hierarchy hope to ‘meet somewhere in the middle’ at €12-13m.

Alario is a fine striker and, aged 23, he has plenty of time to improve and hone his skills in order to become a renowned marksman. His useful knack of scoring in particularly vital moments adds to the value Inter may be ready to add to their attacking ranks. Though of course Interisti the world over are loathed to lose star man Icardi, Alario could well prove to be the perfect replacement.