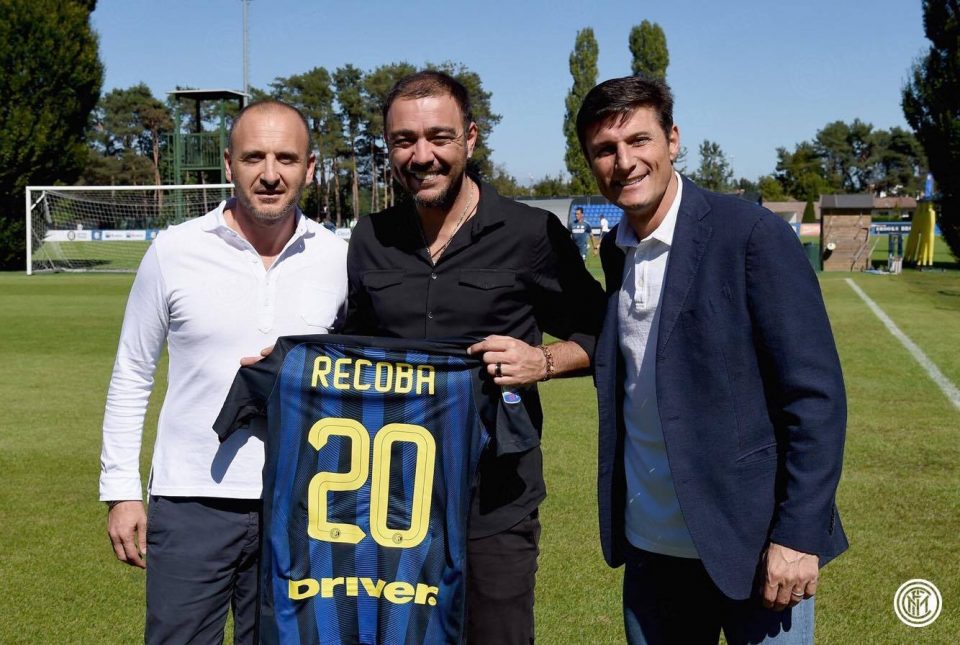 Alvaro Recoba dropped by Appiano Gentile to visit his old club and was interviewed by Inter Channel. He started off by talking about the current situation and the loss against Chievo.

“I’ve been in Italy for the last few days and I also saw the Chievo match. I think the coaching change had an impact on the result, it takes time to settle. I hadn’t been back to Appiano Gentile since I left the club and it’s always lovely to come back and see so many old friends. I have so many great memories of this place, and looking back, I spent more than half of my career at Inter. Sometimes I miss Italy but I’ve got all my family back home.”

Then ‘El Chino’ spoke about how he was welcomed by the Inter-fans before talking about his now legendary debut at the club: “it’s lovely to meet Inter fans in the streets of Milano after all this time, it’s funny since I think many of the fans who just to boo and jeer me now come up and say they always liked me and I don’t think they’re telling the truth but it’s nice [laughs]. I lived here for many years and this club gave me a lot. My debut was unforgettable, as was winning the UEFA cup and the Scudetto. I won the Scudetto in my last years here but we didn’t win earlier due to reasons that had nothing to do with what happened on the pitch. Sure, 85% of the UEFA cup win was thanks to Ronaldo but we did it together. On a personal level I think my goal against Sampdoria was fantastic.”

In conclusion, Recoba spoke about Inter’s chances in this seasons Europa League stating that “Inter should try to win the competition, they need to give 100% in every match to bounce back in Europe. You need to first be humble before you can once again be great. I loved that Zamorano, Toldo and Javier Zanetti all came to my farewell match. I’ll never forget that. I’m pleased that people still remember me.”