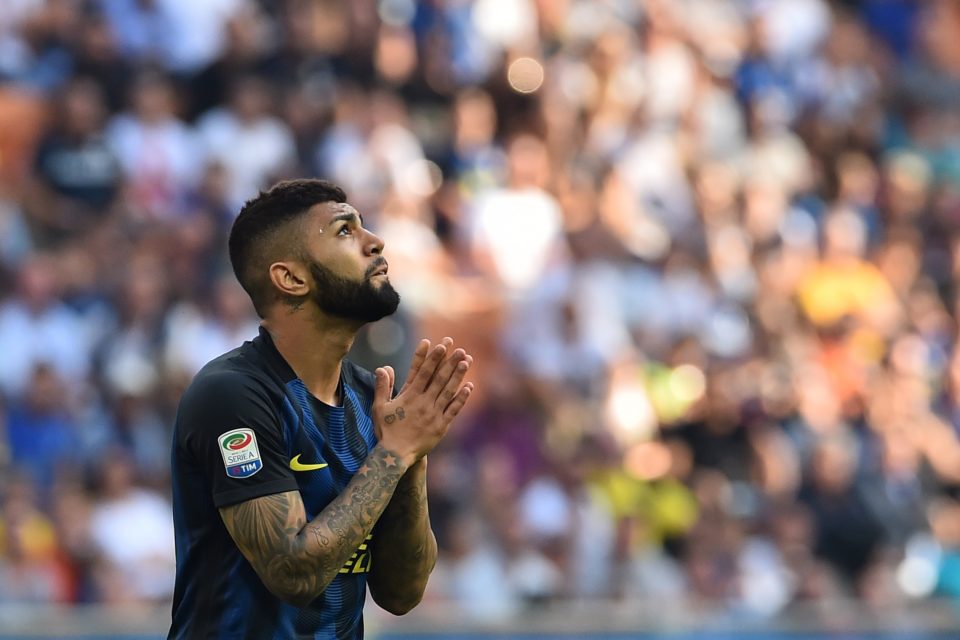 Inter couldn’t find a way to incorporate Gabriel into the squad and are now looking to loan him out, preferably in Italy as stated by the manager.

Gabriel is unsettled and now being monitored by Arsenal, Chelsea and Manchester City.

A statement by Wagner Ribeiro:

“Gabriel is not happy at the moment,” Ribeiro told Radio Bandeirantes.

“It’s not about dressing room issues with his teammates, the problem is that he’s never had a chance to take to the pitch.

“We want the situation to be resolved in January, De Boer told Kia Joorbchian shortly before he was sacked that there was no problem with Gabriel, but even now Pioli, just like the Dutchman, isn’t giving the lad a chance.”