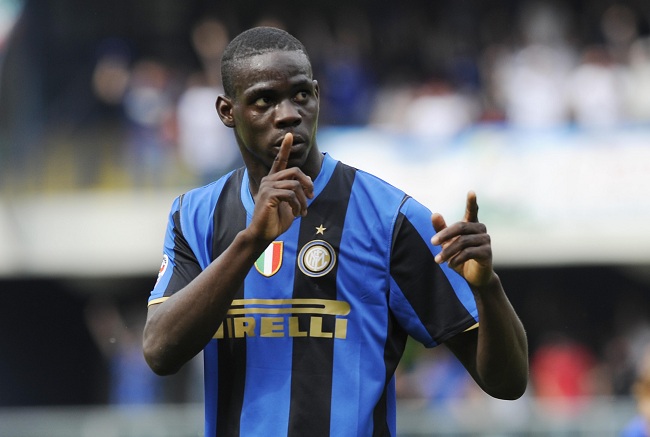 Every week SempreInter.com editorialist, Richard Hall, takes a look back at the glorious history of Inter by highlighting a certain match, hero or any other event in Inter’s history worthy of being labelled a Nerazzurri Classic. Ahead of Sunday’s fixture against Udinese, Richard looks back to glorious treble winning season of 2009/2010 when Mario Balotelli produced a bit of magic to help secure all three points as Inter steamed ahead to the Scudetto.

This was the season that would see Inter create history. They completed a Treble that had not been achieved by any other Italian club before or after, this was a campaign that is now revered by their fans. Many will remember Diego Milito sealing the league campaign as they beat Siena in Tuscany but this same memory should also emphasise how close this league was. Winning the Scudetto by only two points highlights that their plight could have changed at any time and in February 2010 this nearly happen against Udinese

The Nerazzurri were having what could be classed as a mild blip in their campaign. Unbeaten since December in the Derby D’Italia, they had been in good form but February saw draws against Napoli, Sampdoria and Parma sandwiched between a 3-0 win against Cagliari. It was not the end of the world but with Roma pushing them to their limits, they could not afford to drop more points. A trip to the Stadio Friuli was next and a game against the Zebrette.

Udinese had a funny season in 2009/10 finishing 15th in Serie A despite having a good squad. Juan Cuadrado, Alexis Sanchez, Francesco Lodi, Gokhan Inler, Simone Pepe, Samir Handanovic were all young but extremely talented. They also had Antonio Di Natale, the celebrated center forward would even finish Capocannoniere with 29 goals that term. The Zebrette would even reach the semi-finals of the Coppa Italia perhaps suggesting that whilst they could beat anyone on their day, their inexperience made them inconsistent.

The home crowd had barely taken their seats in Udine, it was a cold evening and many were still finding fortification in the belly of the Friuli. Even those who had chosen an espresso would not have been able to finish quickly enough to see Juan Cuadrado burst down Inter’s left hand side, his ball fell to Di Natale who quickly gave the ball to Pepe and he slotted it away with consummate ease.

Inter were shocked and looked for a hero. With still only five minutes on the clock they found one. The petulant striker and hero of Verona the previous month, Mario Balotelli produced one of the goals of the season. A wayward ball fell to him 25 yards out and the forwards control saw the ball bounce up in front of him. He took a second to some it all up before unleashing a devastating drive passed a hapless Handanovic.

Yellow cards and chances ensued and in fairness the game could have been beyond either team on various occasions. Still however, with only 21 minutes on the clock Milito stormed forward on the right and provided a beautiful ball into the middle that was flicked on brilliantly into the storming Maicon, he side footed the ball high into the roof of the net for another show stopping finish.

The game looked to be sewn up for Inter in injury time at the end of the first half as they struck for a third time. Balotelli now turned provider as it was his deep ball into the box that left the Zebrette defence flat footed. This let Milito in as he pounced on the static defenders to glance a remarkably well placed header past the future Inter goalkeeper. Surely this was game set and match? Not least for the timing of the goal.

The second half saw Udinese come out of the blocks flying and Inter had to rely on Julio Cesar early on. The Brazilian stopper however, could do little about what happened next as a long range free kick by Di Natale, deflected off the wall wrong footed the keeper and was touched home by Inler but no goal was the cry. Referee Mario Bergonzi instead signalled for a penalty with ‘Toto’ quickly dispatched, no joy for Inter and Udinese were back in the game.

Julio Cesar was again called into action after Inler shot was parried but despite all the Zebrette’s huffing and puffing the Nerazzurri held on. It would be games like this that would ultimately see Inter win the title as they gave Jose Mourinho a sight of how talented but also vulnerable his side could be. This was to be the year for the black and blue however and it was games like this in the Friuli that made it possible.