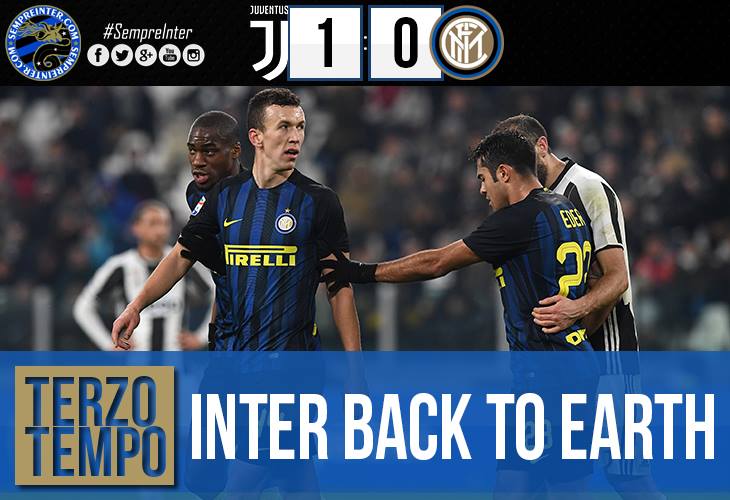 Whenever an argument is presented criticizing the referees after a defeat immediately there’s a backlash of counter-claims stating that “it’s not the referee’s fault that your players couldn’t score their chances.” That’s certainly true, unless the referees drugged Inter’s players tonight, Rizzoli and his colleagues are not to blame for the abundance of embarassingly poor crosses that Candreva and D’Ambrosio attempted tonight.

Aside from that, Juventus won after a goal by Cuadrado just before halftime that no goalkeeper in the world would have saved. An absolute screamer that was worthy of a fixture that, especially in the first half, was probably the best 45 minutes of football the Serie A has seen all season.

Both teams were aggressive, tactically intelligent and filled with individual talent from the likes of Dybala, Higuain, Icardi, Joao Mario and of course Juan Cuadrado. Pioli’s experiment with a 3-man defence turned out to go really well, where Gary Medel is my pick for man of the match. Roberto Gagliardini showed tonight that he is the real deal, a brilliantly talented player who already today is one of the 5 best central midfielders in the Serie A. Marcelo Brozovic did alright tonight but his behavior when being brought off was disrespectful to his team-mates as well as Pioli and it’s not the first time this happens either.

Now, Inter need to get back to winning ways as last night’s defeat saw them drop back to 5th a point behind Lazio but more importantly 6 points behind Napoli with Roma having the possibility of going 8 points clear of the Nerazzurri when they play Fiorentina on Tuesday night.

With 15 matches to go it’s looking tight, but far from hopeless as Stefano Pioli will have to get his team back to winning ways next weekend at home against Empoli but without Ivan Perisic who was sent off by Rizzoli for protesting one of the referee’s many absurd decisions.