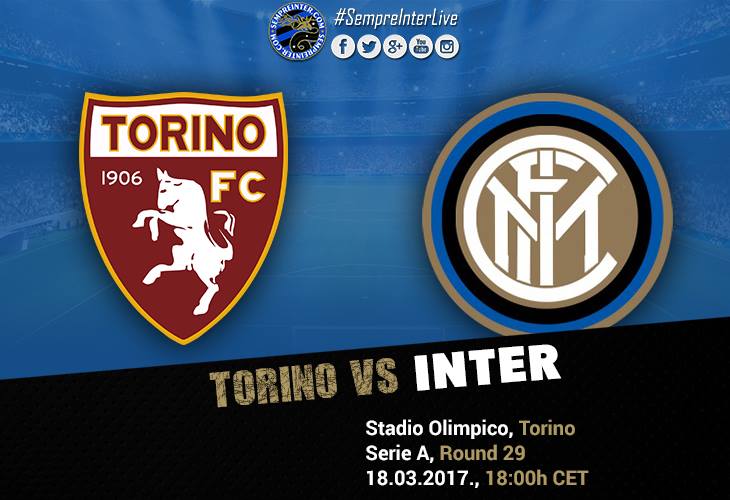 Inter take the coach to Turin to face off against the Granata in what they hope to be their third straight win. Match on Saturday 18:00 CET.

Inter go into this game in the highest of spirits, coming off the back of two sensational wins where they scored an eye-watering twelve goals. Torino on the other hand want to return to winning ways after losing to Lazio on the road last week.

There can be no two ways of interpreting Toro’s strengths and weaknesses; they are a very scary side going forward but their defence is akin to that of a side facing relegation. Stopping league top scorer Andrea Belotti won’t be the only problem, as ensuring that ex-Interista Adem Ljajic can’t supply Belotti is no small feat.

The role of Mauro Icardi’s supporting trio of Ivan Perisic, Ever Banega and Antonio Candreva can’t be overstated, they will have to provide the intelligence and guile necessary to break down Torino’s fragile defence while maintaining tactical awareness in supporting the rest of the team when defending. The role of Stefano Pioli here will also be even more critical than usual, it is easy to underestimate opposition when on a good run,  so making sure that the lads go onto the pitch with the right mentality is critical.

Thankfully, the Atalanta game resulted in no injuries or suspension. And with the side performing so well, it’s difficult to see Pioli making any significant change in line-up.

Ever Banega: The Argentinean trequartista has been in super Sayan form over the last couple of games, scoring, assisting and dictating almost all attacking play. With Torino’s defence being less than reliable, one hopes that we can witness  some Banega magic at play.

Author’s Note: The only negative from the Cagliari and Atalanta games is the fact that in neither could Inter keep a clean sheet. It is very difficult here, but should the Nerazzurri return to Milan with an unblemished defensive record, it will be a very strong positive.