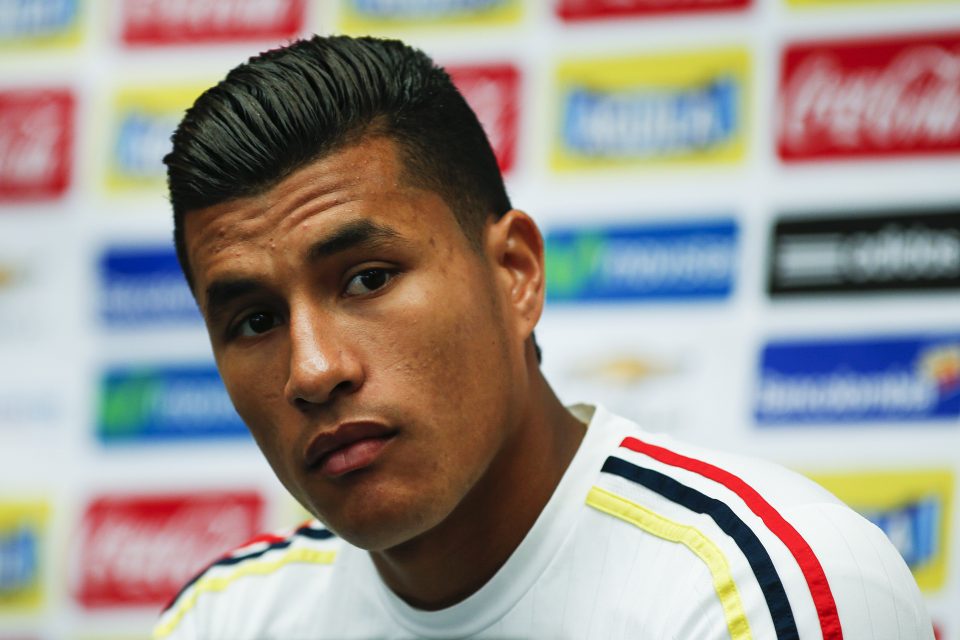 Jeison Murillo will not take part in the upcoming matches for the Colombian national team against Bolivia and Ecuador, to be played 23 and 26 March respectively.

The Inter defender is not listed in the squad of coach Jose Pekerman, who from Serie A has instead called Carlos Bacca, Juan Cuadrado, Cristian Zapata, Carlos Sanchez, Duvan Zapata and Luis Muriel.